The Mysterious Death Of Dolores Delmar 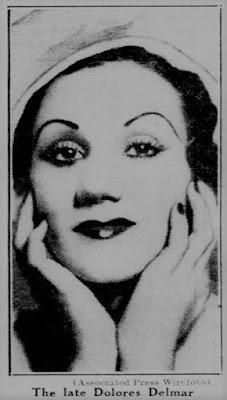 Dolores Delmar was a nightclub performer and aspiring actress who died mysteriously in 1940.

She was born Helen Rohn in 1912 in Detroit, Michigan. Her father, Bernard Rohn, worked as an electrician at Ford Motor Company. At the age of six she nearly drowned swimming near Bell Isle. When Dolores was a teenager she moved to Panama and started dancing in "honky tonk" clubs. In 1936 she went to California where she became a popular nightclub performer. Dolores was known for her jet black hair and for her acrobatic dancing. She was briefly married to Maurice Chardenet. On February 1, 1940 Dolores went out on a date with thirty-five year old Arthur Hamburger, one of California's wealthiest men. They were joined by her roommate Alyce Dere and actor Robert Tracy. The group went drinking at a few nightclubs then decided to go for a sail on Arthur's 60-foot yacht in the Los Angeles Harbor. Shortly after dawn on February 2 Dolores said she wanted to go for a swim "to cool off" and jumped fully clothed into the water. Alyce helped her get back on the boat and took off her wet clothes. Dolores warmed up in a stateroom while Alyce went to look for a robe. 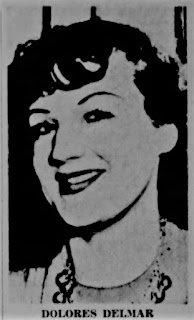 When she returned a short time later Dolores had disappeared. Alyce said "I rushed up to the deck. I was too late. I heard a splash and saw some bubbles. I called for help." At 10:00 AM Dolores was found floating in the muddy water wearing only a bra and panties. She had drowned at the young age of twenty-nine. The police immediately said it was an accident but coroner Frank Nance called the investigation "sketchy" and opened an inquest into her death. At the inquest Arthur Hamburger testified that Dolores was in a "jovial mood" and that he was sleeping when she went into the water. Robert Tracy said that he saw her struggling in the water but didn't know to swim. According to the autopsy report Dolores had no marks on her body and she had a .24 alcohol level in her blood. The jury ruled her death was an "accidental drowning" but there were still rumors it was suicide or even murder. Her family never believed it was an accident. Dolores was buried at Wilmington Cemetery in Wilmington, California. Her father said "We all have to die and she died doing what she most loved to do." 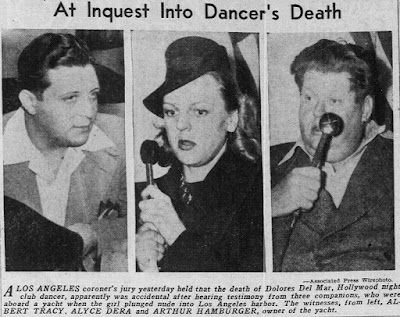 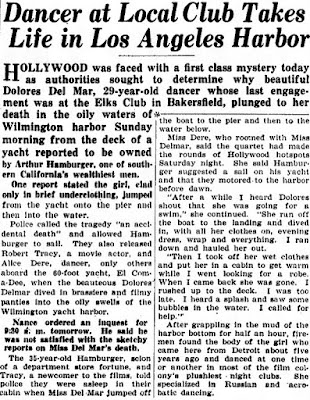