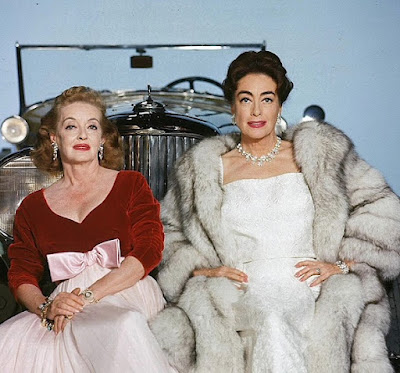 
During the 1930s Bette Davis and Joan Crawford both became Hollywood superstars. The two women were also bitter enemies and their lifelong long feud was legendary. It began in 1935 when Bette costarred with Franchot Tone in the film Dangerous. Joan was married to Franchot at the time and she was convinced Bette was trying to steal her husband. Their rivalry got worse in 1945 when Bette turned down the lead role in Mildred Pierce. Joan took the part and ended up winning an Academy Award for her performance. There were rumors that the real reason they hated each other was because Joan had made a pass at Bette but she coldly turned her down. The two actresses were constantly bad mouthing each other in the press. Bette once said "Joan Crawford was Hollywood's first case of syphilis. She has slept with every male star at MGM except Lassie.". Meanwhile Joan told a reporter "Bette will play anything, so long as she thinks someone is watching. I'm a little more selective than that." 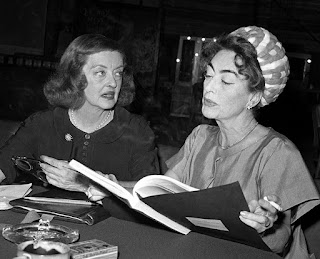 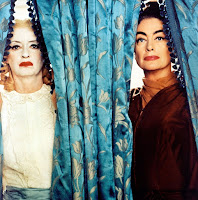 In 1962 Bette and Joan agreed to costar together in the horror film What Ever Happened To Baby Jane. During filming they fought over their lines and for the attention their director Robert Aldrich (who had slept with both Crawford and Davis). The movie became a huge hit but Joan was devastated when Bette got an Oscar nomination and she did not. Joan managed to upstage Bette at the Oscar ceremony by accepting the Best Actress statue for Anne Bancroft who could not attend. Bette and Joan were supposed to team up again in Hush Hush Sweet Charlotte but Joan left the set a few days into filming. She claimed she was sick but in reality she quit because she believed Bette was undermining her on the set. Bette and Joan never worked together or saw each other again. In 2018 producer Ryan Murphy created a television series based on Bette and Joan's famous feud. Susan Sarandon played Bette and Jessica Lange played Joan. 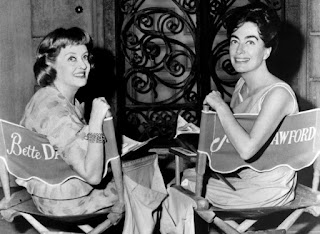 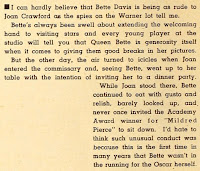