Was Barbara La Marr Too Beautiful 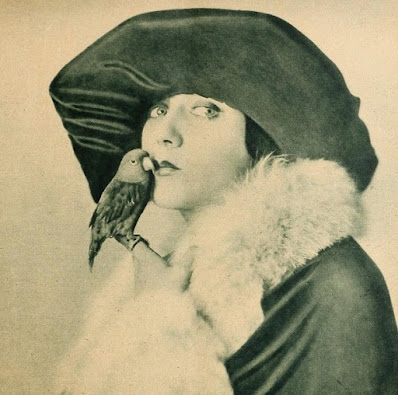 Barbara La Marr was a silent screen actress who lived a wild life before her tragic early death.

She was born Reatha Dale Watson on July 28, 1896, in Yakima, Washington. Barbara was adopted when she was a month old and her new family took her to California. At the age of fourteen she was arrested for working as a burlesque dancer. The judge said she was "a girl who was too beautiful" (this would later become her nickname). In 1913 she married rancher Jack Lytell. Tragically he died of pneumonia just a few weeks after their wedding. She married Lawrence Converse in 1914 but it was annulled when she found out he already had a wife. Barbara moved to New York City and began writing screenplays for Fox. She married Phil Ainsworth, a dancer, in 1916. The following year she left when he was arrested for writing bad checks. Her fourth marriage, to actor Ben Deeley, also ended in divorce. Barbara made her film debut in the 1920 drama Harriet And The Piper. She appeared in many hit movies including The Nut with Douglas Fairbanks and The Prisoner Of Zenda with Ramon Novarro. By 1922 she was one of Hollywood's top stars and was earning more than $6,000 a week. 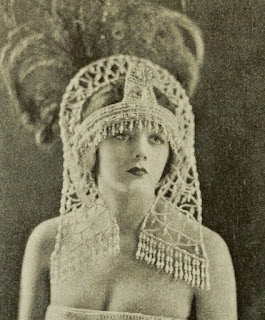 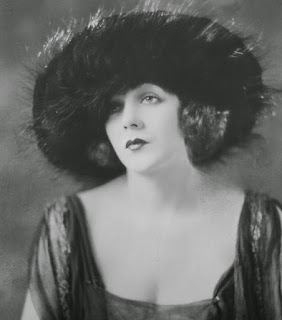 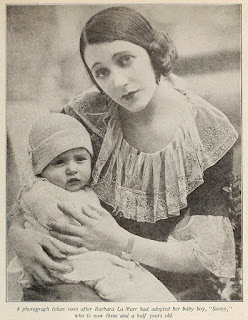 Unfortunately her hard-partying lifestyle created more headlines than her films did. Barbara had an ill-fated romance with John Gilbert and became addicted to morphine after injuring her ankle. She also developed an eating disorder. In 1923 she married actor Jack Dougherty and soon after they announced they had adopted a son. The couple separated in 1924 but remained legally married. Barbara was now using cocaine and drinking heavily. It was rumored that she kept her cocaine in a golden casket on her piano. She proudly told reporters that she only slept two hours a night. Her drug use hurt her career and she lost her contract with MGM. She signed with First National and made three movies in 1925. Sadly her health began to decline and she developed tuberculosis and nephritis. On January 30, 1926 she died at the young age of twenty-nine. Her final film, The Girl From Montmartre, was released the next day. Barbara was buried at Hollywood Forever cemetery. Thousands of fans attended her funeral. Years after her death it was revealed that she had secretly given birth to her "adopted" son in 1922. Barbara's close friend Zasu Pitts raised him. 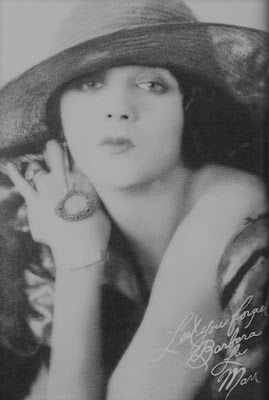 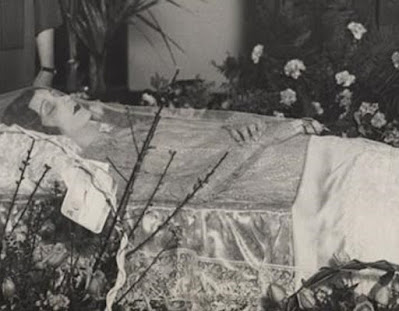 Barbara dead in her coffin