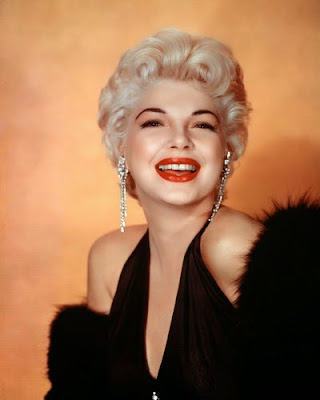 Barbara Nichols was a popular actress and pin-up girl who died young.

She was born Barbara Marie Nickerauer on December 10, 1928 in Queens, New York. When she was a teenager she danced at the Latin Quarter and was crowned "Miss Long Island". Barbara began modeling and posed for dozens of cheesecake magazines. Her career really took off after she dyed her hair platinum blonde and had plastic surgery on her nose. With her voluptuous figure she became one of the most popular pin-up girls of the 1950s. She was featured on the cover of magazines like See and Man To Man. Barbara eventually moved to Hollywood to pursue an acting career. She made her film debut in the 1954 western River Of No Return. Over the next five years she appeared in more than a dozen films including The Pajama Game and Pal Joey. She was often compared to Marilyn Monroe and was usually cast as a "dumb blonde" character. 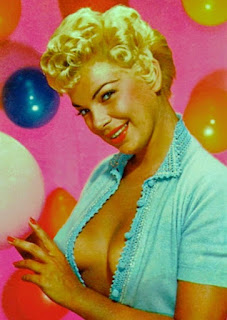 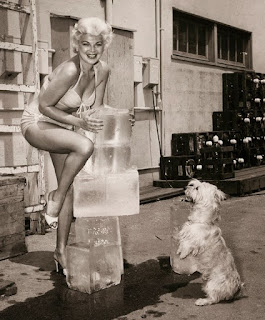 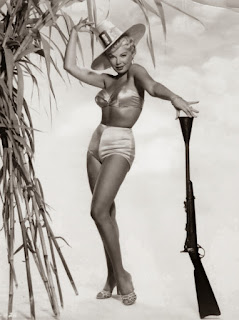 Her romances with Steve Cochran, Jack Carter, and producer Bert Friedlob kept her name in the gossip columns. Although she had many boyfriends Barbara never married or had children. In 1960 she was seriously injured in a car crash. The accident caused liver damage which affected her health for the rest of her life. During her career she appeared on dozens of television shows. She got rave reviews for her performance in the Twilight Zone episode titled "Twenty-Two". Barbara continued to work steadily throughout the 1960s. She guest starred on Green Acres, The Beverly Hillbillies, and Hawaii Five-O. Her last role was in the 1976 movie Won Ton Ton: The Dog Who Saved Hollywood. On October 5, 1976 she died from liver failure. Barbara was only forty-seven years old. She is buried at Pinelawn Memorial Park in Farmingdale, New York. 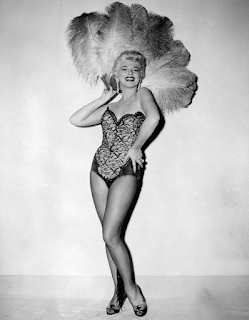 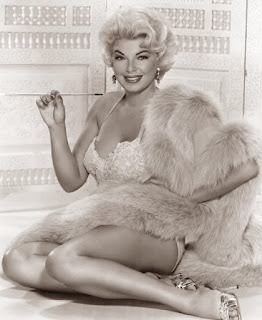