Lana Turner was Hollywood's Sweater Girl but her personal life was more dramatic than any of her film roles.

She was born Julia Jean Turner on February 8, 1921, in Wallace, Idaho. When she was a child her family moved to California and her father was murdered. Her mother struggled to support them and Lana spent some time in foster homes. When Lana was fifteen an agent approached her and asked if she wanted to become an actress. The story that she was discovered at Schwabb's drugstore would become a Hollywood legend but she was actually discovered at The Top Hat cafe. In 1937 she made her film debut in They Won't Forget and the following year she was offered a contract with MGM. She married bandleader Artie Shaw in February 1940 but she left him five months later. Shortly after she discovered that she was pregnant and had an abortion. Lana's hair was dyed blonde and she was dubbed "The Sweater Girl". She costarred with Judy Garland in Ziegfeld Girl and with Clark Gable in Honky Tonk. Lana married restaurant owner Stephen Crane in 1942. The marriage ended soon after their daughter, Cheryl, was born. Her many boyfriends included Turhan Bey, Fernando Lamas, and John Hodiak. While filming Johnny Eager she had an affair with Robert Taylor who was married to Barbara Stanwyck. She fell madly in love with Tyrone Power but he broke her heart by marrying another woman. In 1946 she played a seductive wife in The Postman Always Rings Twice. The movie was a huge hit and made her a superstar. 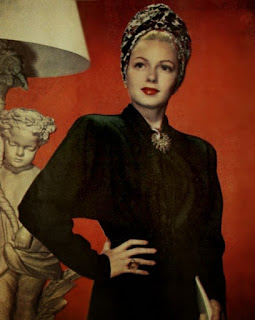 Lana married millionaire Henry "Bob" Topping in April of 1948. She got pregnant but the baby was stillborn. After their marriage ended in 1952 she tried to kill herself by slashing her wrists. She married actor Lex Barker in 1953 but left him when she discovered he was molesting Cheryl. Lana received her only Oscar nomination for her performance in the 1957 drama Peyton Place. In 1958 she was involved in one of Hollywood's biggest scandals when her fourteen year old daughter Cheryl stabbed her boyfriend, gangster Johnny Stompanato. Lana testified on Cheryl's behalf and it was ruled a justifiable homicide. To this day many believe that it was actually Lana who killed Johnny. She married real estate mogul Fred May in 1960. They divorced and in 1965 she married actor Robert Eaton, who was ten years younger than her That marriage lasted four years. Her seventh marriage, to hypnotist Robert Dante, also ended in divorce. During the 1980s she joined the cast of the television show Falcon Crest and published her autobiography "Lana: The Lady, The Legend, The Truth. In her later years she had a drinking problem and became more reclusive. She claimed she was celibate for the last twenty years of her life. Lana died on June 29, 1995, from throat cancer. She was cremated and her ashes were given to her daughter. 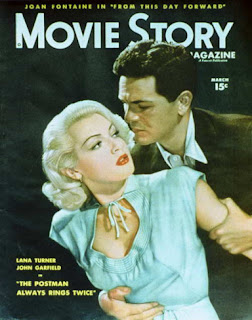