Seventy years before Meghan Markle married Prince Harry another actress became Hollywood's first real life Princess. Her name was Rita Hayworth and she was one of the most popular movie stars in the world. Like Meghan she gave up her career and moved half way around the world to marry her Prince. Unfortunately Rita's royal marriage turned out to be a nightmare instead of a fairy tale.

She was born Margarita Carmen Cansino on October 17, 1918, in Brooklyn, New York. Her Spanish father Eduardo was a dance instructor and she began dancing with him when she was child. They performed in Mexican bars and casinos as "The Dancing Cansinos". Twelve year old Rita was dressed in sexy costumes and Eduardo called her his "wife". During this time her father began sexually abusing her. In 1935 she made her film debut in Dante's Inferno using the screen name Rita Cansino. She had small parts in Paddy O'Day and Charlie Chan In Egypt. When she was eighteen she escaped her father by marrying her older manager Edward Judson. Unfortunately he spent her money and encouraged her to sleep with powerful producers. Her career finally took off when she signed a seven year contract with Columbia pictures in 1940. The first thing the studio did was dye her red and lifted her hairline with electrolysis. 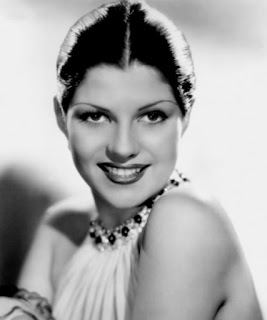 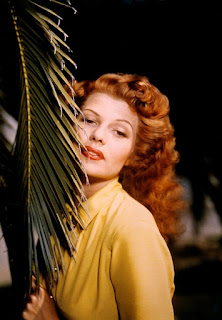 She starred in a string of hits including Cover Girl ,You Were Never Lovelier, and Blood And Sand. The stunning redhead became a popular World War 2 pin up and was nicknamed "The Love Goddess". She actually hated her image as a sexy symbol and said all she really wanted was true love. Among her many lovers were Victor Mature, Glenn Ford, Gary Merrill, and Frank Langella. After divorcing Judson she married director Orson Welles in 1943. The following year they had a daughter named Rebecca. Her biggest success came when she played a seductive femme-fatale in the 1946 drama Gilda. She became one of the top box-office attractions in the world. Orson directed her in the film-noir The Lady from Shanghai. As a publicity stunt he made her cut her long hair and dye it blonde. The movie bombed and their marriage ended in 1947. She started dating billionaire Howard Hughes and got pregnant. Rita had an abortion when he refused to marry her. Soon after she was introduced to Prince Aly Khan, one of the wealthiest men in the world, by gossip columnist Elsa Maxwell. 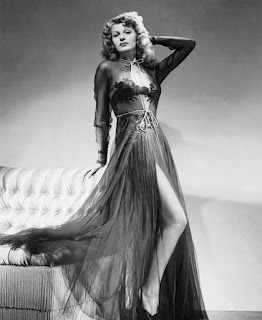 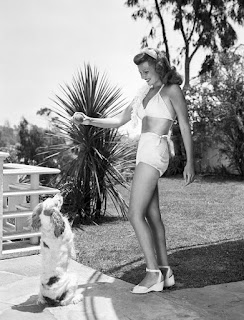 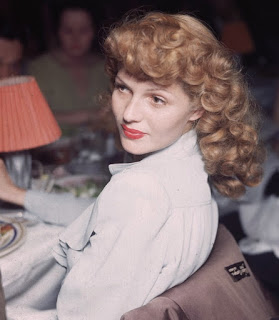 The charming Prince swept her off her feet and proposed with a twelve carat engagement ring. She was madly in love and decided to give up her career and move to Europe to marry him. The only problem was that the Prince was still married to his first wife. When Aly announced he was divorcing his wife to be with Rita there was a huge scandal. The press called her a homeworker and fans threatened to boycott her movies. Aly's divorce was finalized in May of 1949 and Rita was ready to marry her Prince. The ceremony took place in France on May 27, 1949 and she became Princess Rita Aly Khan. She wore an ice blue dress designed by Jacques Faith. Since Rita was a divorced Catholic and Prince Aly Khan was a Muslim the Pope called the union "illicit". She was already two months pregnant and gave birth to Princess Yasmin in December of 1949. Sadly the marriage was troubled right from the start. She found her new life in Europe boring and missed being an actress. Her father-in-law, the Aga Khan, was very upset when she refused to convert to their Muslim religion. Rita started drinking to escape the unhappiness of her marriage. To make matters worse Prince Aly Khan had a wandering eye and was caught cheating with actress Joan Fontaine. 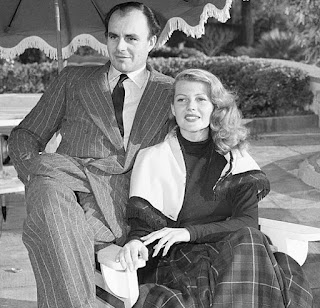 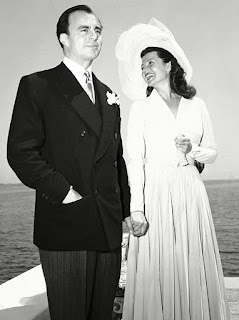 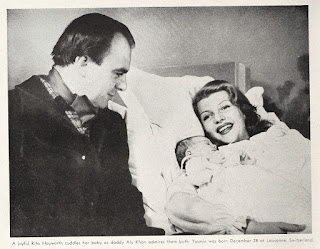 Rita filed for divorce in September of 1951 claiming "extreme mental cruelty". Her life as a Princess had lasted just two years. She took her daughter to Nevada saying she was afraid the child would be kidnapped. The couple spent two years fighting over money and custody of Yasmin. Aly offered her one million dollars if she would allow him to raise her Muslim but she refused. Rita later said "All I wanted was just what everybody else wants, you know, to be loved." She returned to Hollywood to star in the films Salome and Miss Sadie Thompson. In September of 1953 she married singer Dick Haymes. She left him two years later after he became abusive. Rita married her fifth husband, producer James Hill, in 1958 and formed a production company. Their marriage lasted three years. By this time she had a serious alcohol problem and often had trouble remembering her lines. She was eventually diagnosed with Alzheimer's disease and had to retire from making movies. Rita was cared for by her daughter, Princess Yasmin, until her death on May 14, 1987. She is buried at Holy Cross Cemetery in Culver City, California. Princess Yasmin is now the President of Alzheimer's Disease International. Rita Hayworth learned that becoming a Princess doesn’t always get you a fairy-tale life. Hopefully Meghan Markle’s story will have very a different ending. 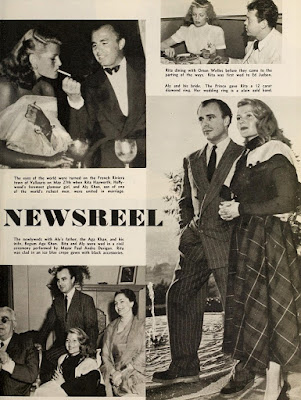