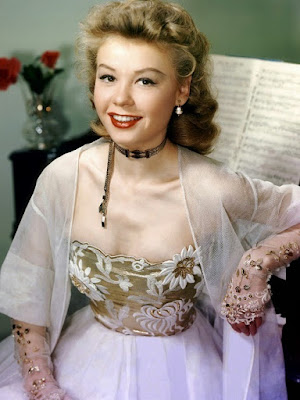 Vera-Ellen became a popular dancer and actress during the 1940s.

She was born Vera-Ellen Westmeier Rohe on February 16, 1921 in Norwood, Ohio. Her German father was a piano salesman. Vera-Ellen began dancing when she was a child and won the Major Bowes Amateur Hour at the age of thirteen. The petite blonde made her Broadway debut in the 1939 musical Very Warm for May. Then she appeared in the shows Panama Hattie and By Jupiter. She also became one of the youngest Rockettes at Radio City Music Hall. In 1941 she married dancer Robert Hightower. They were divorced five years later. Producer Samuel Goldwyn saw her on stage and gave her a leading role in the 1945 film Wonder Man. Vera-Ellen starred in a string of popular musicals including The Kid From Brooklyn, Three Little Words, and On The Town. She became known as a talented dancer but her singing voice was always dubbed. Unfortunately she suffered from anorexia and became increasingly thin. There were even rumors that her neck had to be covered during filming because she looked so frail. 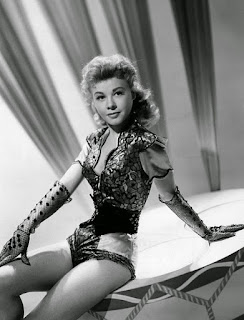 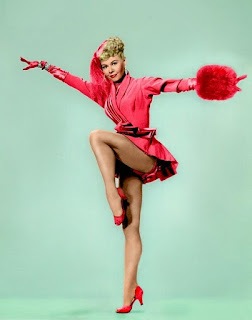 She married millionaire Victor Rothschild in 1954. That same year she starred in the Technicolor musical White Christmas. The movie became an instant classic and her performance got rave reviews. By the late 1950s her career had slowed down and she was appearing in variety shows like The Colgate Comedy Hour. She also starred in a Las Vegas dance revue. Her last film was the 1957 musical Let's Be Happy. Vera-Ellen gave birth to a daughter Victoria Ellen in March of 1963. Tragically the baby died from SIDS when she was just three months old. She fell into a deep depression and became reclusive. Her marriage to Victor ended in 1966. As she grew older she had severe arthritis and suffered a mild stroke. She continued to take dance classes and was an avid swimmer. In a rare 1977 interview she said "I'm retired. I stopped when I was ahead. I don't need my work anymore, and I don't need the applause". On August 30, 1981 she died from ovarian cancer at the age of sixty. Vera-Ellen is buried with her infant daughter at Glen Haven Memorial Park in Los Angeles, California. 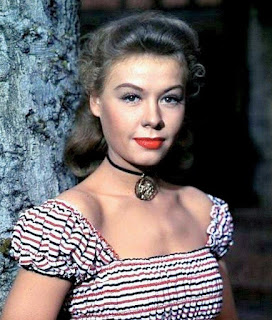 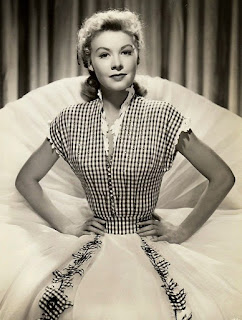