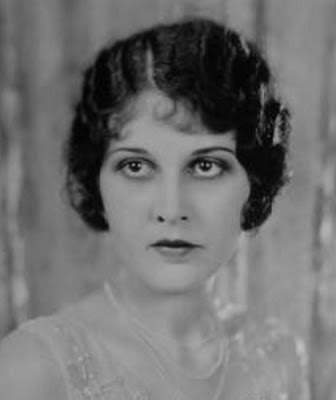 Lorraine Eason was a beautiful silent film starlet who quit acting in 1928.

She was born Lorraine Rebecca Eason on August 27, 1904 in Norfolk, Virginia. Her father worked for the government and the family moved around a lot. Lorraine was educated in Panama and New York. When she was a teenager she took dancing lessons and moved to Hollywood to become an actress. In 1922 she was a runner-up in Photoplay's "New Faces" contest. The following year she made her film debut in the drama The Temple of Venus. Florenz Ziegfeld offered her a featured role in his Ziegfeld Follies but she turned it down. Instead she danced in the chorus of Marilyn Miller's stage show Sunny. She was chosen to attend Paramount Pictures "School For Stars" in 1925. Lorraine costarred with Wallace Beery in We're In The Navy Now and with Richard Talmadge in The Fighing Demon. Then she appeared in the Westerns The Grey Devil and Riders Of The Sand Storm. 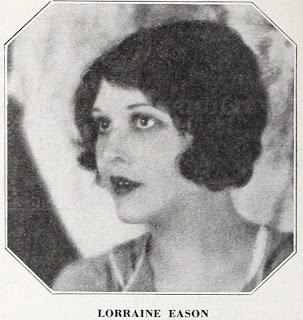 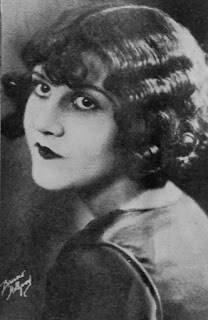 She was supposed to star in The King On Main Street but she was replaced by Bessie Love. F.B.O. Pictures signed her to a five year contract in 1926. Lorraine starred in numerous comedy shorts including Boys Will Be Girls, New Faces For Old, and The Beauty Parlor series with Thelma Hill. Unhappy with the roles she was being offered she decided to quit acting. Her final film was the 1928 comedy Must We Marry. She married Detroit businessman Harry Elsner in 1928. They divorced a few years later. In 1933 she married Captain Harold A. White, an Olympic athlete and Army Intelligence officer. They moved to Georgia and remained together until Harold's death in 1973. The couple had no children. Lorraine died on October 24, 1986 at the age of eighty-two. She is buried at Laurel Hill Cemetery in Thomasville, Georgia. 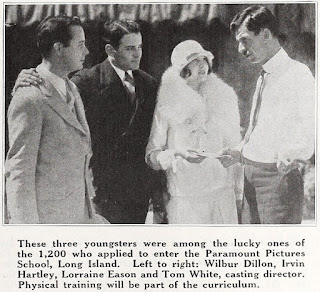 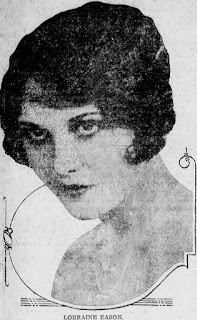