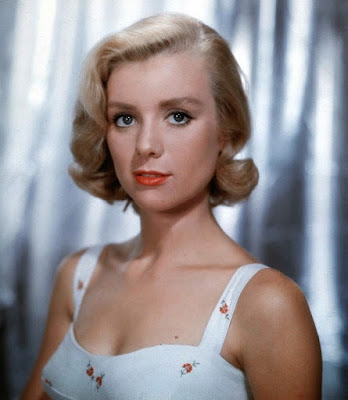 Inger Stevens was a beautiful Swedish actress who took her own life.
She was born Ingrid Stensland on October 18, 1934 in Stockholm, Sweden. When she was a child her mother left and her father moved the family to Kansas. Inger ran away from home at the age of sixteen and began working in burlesque shows. She eventually moved to New York City where she took classes at Lee Strasberg's Actors Studio. In 1955 she married her agent Anthony Soglio. Inger made her movie debut in the 1957 drama Man On Fire. During filming she had an affair with her leading man Bing Crosby. She also had an affair with James Mason, her costar in Cry Terror. Her husband divorced her in 1958. Inger appeared on numerous television shows including The Alfred Hitchcock Hour and The Twilight Zone. Sadly she suffered from depression and attempted suicide several times. 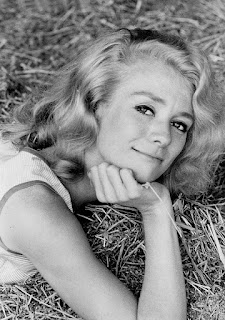 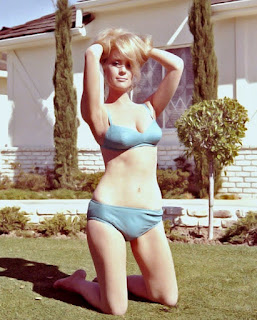 Inger married African American actor Ike Jones in 1961. The couple kept the marriage a secret because they feared the public would not accept their interracial marriage. In 1963 Inger began starring in the television series The Farmer's Daughter. The show lasted for three seasons and she won a Golden Globe award. Inger had supporting roles in the Westerns Hang 'Em High and Firecreek. She also worked with Walter Matthau in the comedy A Guide For The Married Man. By early 1970 she was estranged from her husband and was dating Burt Reynolds. On April 30, 1970 Inger committed suicide by taking an overdose of barbiturates. She was only thirty-five years old. Inger was cremated and her ashes were scattered at sea. 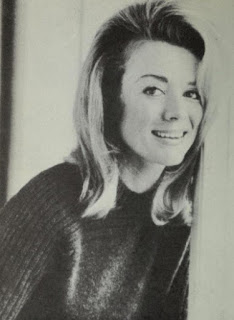 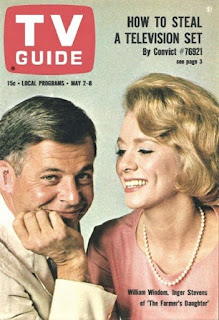