Joan Crawford was one of Hollywood's most beloved stars until her daughter accused her of horrific abuse.

During her forty year career Joan appeared in more than one hundred films and was adored by fans all over the world. After she died her adopted daughter Christina wrote a scathing tell-all book called Mommie Dearest. In the book Christina claims that Joan was an oversexed alcoholic who frequently beat her children. Joan was born Lucille Fay LeSueur on March 23, 1904, in San Antonio, Texas. Her family was poor and her parents separated before she was born. She had to work as a maid to pay for her school tuition. Her stepfather began sexually abusing her when she was a teenager but Joan later claimed it was consensual. After winning an amateur dance contest and decided to go to Hollywood. During this time she posed nude and there are rumors she appeared in pornographic films. She was briefly married to a saxophone player named James Welton. In 1925 she was offered a contract with MGM and was given bit parts in Pretty Lady and The Circle. Her big break came in 1928 when she landed the lead role in the comedy Our Dancing Daughters. She later bragged that she used the casting couch to get ahead saying "It was better than the cold hard floor." 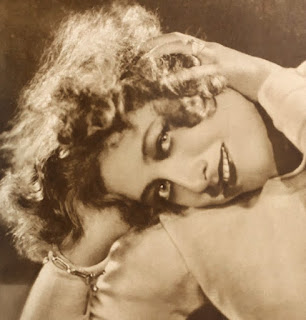 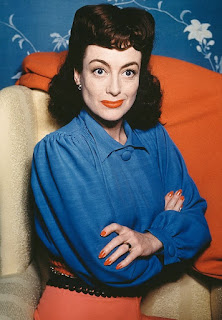 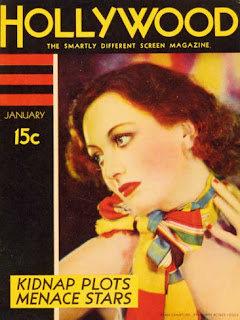 On June 3, 1929 she married actor Douglas Fairbanks Jr. She became one of the most successful actresses of the 1930s with starring roles in The Women, Grand Hotel, and Rain. At the peak of her fame she was earning $9500 a week. Joan adored her fans and personally responded to much of her fan mail. She costarred with Clark Gable in eight movies including Laughing Sinners and Dancing Lady. The two stars had an off-screen affair that lasted for decades. She had an insatiable sexual appetite and her many lovers included Spencer Tracy, Robert Wagner, and Jimmy Stewart. Joan was also a bisexual and had romances with women. She left Douglas and married actor Franchot Tone in 1935. The couple worked together in several movies. She desperately wanted to have a baby but suffered a series of miscarriages. After divoring Franchot she adopted baby Christina in 1939. She married Phillip Terry, an actor, in 1942 and adopted a son named Christopher. Joan said "My children are doing wonderful things for me in a thousand little ways every day. They have made my life fuller than it has ever been and more complete." According to Mommie Dearest Joan kept Christopher tied up at night in a "sleep safe" device so he couldn't get up even to go to the bathroom. 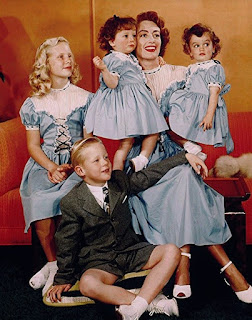 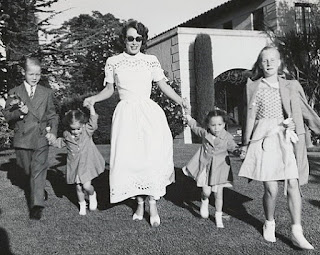 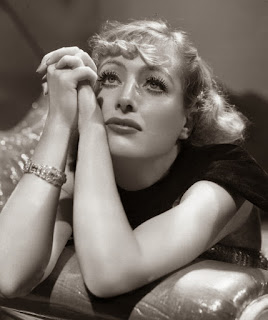 Christina also wrote that her mother shredded her favorite clothes and tried to feed her under cooked meat. One the most shocking claims was that she would frequently wake the children up in a drunken rage and force them to clean the house. Once when she found a wire hanger in Christina's expensive closet she beat her with it until she was bleeding. After making a series of flops MGM dropped her contract. She made a comeback with the 1945 drama Mildred Pierce and won an Academy Award for her performance. Two years later she was nominated for another Oscar for her role in the drama Possessed. Her marriage to Phillip Terry ended in 1946. Although he had been a father figure to Christina and Christopher he was never allowed to see them again. In 1947 she adopted twin daughters named Cathy and Cindy. The twins have always said that she was a strict but very caring mother. Joan married Pepsi-Cola executive Alfred Steel in 1956 and moved to New York. After his death in 1959 she served on the board of directors of Pepsi-Cola. She teamed up with her longtime rival Bette Davis in 1963 to make the horror film What Ever Happened to Baby Jane. 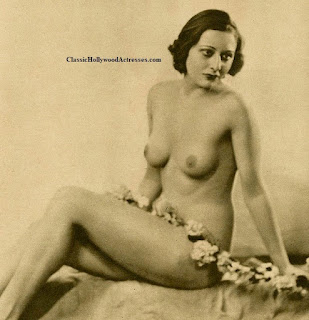 Joan posed nude when she was young 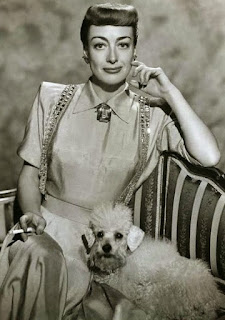 Now in her fifties she had a serious drinking problem and was having trouble finding work. She appeared in low budget movies like Berserk and Trog. Joan died on May 10, 1977, from pancreatic cancer. She was cremated and her ashes were interred at Ferncliff Cemetery in Hartsdale, New York. In her will she left a small sum of money to Cathy and Cynthia but gave nothing to Christopher and Christina. When Mommie Dearest was released it shocked her fans who always thought she was a devoted mother. Her twin daughters said that Christina was lying. They believed that she only wrote the book because she was excluded from Joan's will. Cathy said "Christina had her own reality. I don't know where she got her ideas. Our Mommie was the best mother anyone ever had." Many of Joan's friends, including Myrna Loy, also accused Christina of lying. Mommie Dearest was made into a movie starring Faye Dunaway. The shocking scenes of child abuse forever damaged Joan's reputation. Christina Crawford still maintains that she told the truth about her mother. She says that Joan belonged in jail for what she did to her children. 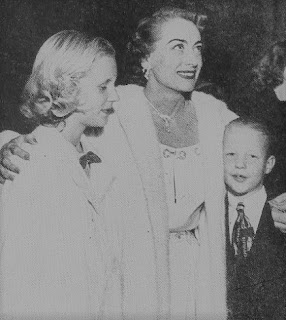 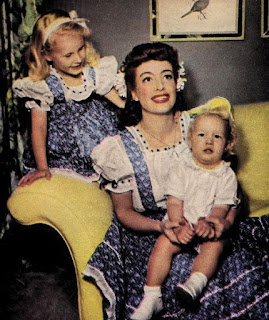 Joan with Christina and Christopher 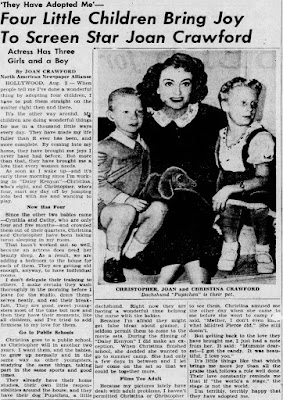