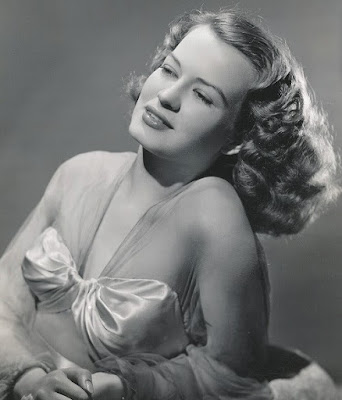 Ona Munson was a beautiful lesbian actress who committed suicide.

She was born Owena Elizabeth Wolcott on June 16, 1903 in Portland, Oregon.  Ona took singing and dancing lessons when she was a child. At the age of fourteen she moved to New York City with her mother. She began her career performing in vaudeville. In 1919 she made her Broadway debut in George White's Scandals. She appeared in several hit Broadway shows including No, No, Nanette and Hold Everything. Ona married stage actor Edward Buzzell in 1926. She went to Hollywood in 1930 to make the comedy Going Wild. Soon after she divorced her husband and started dating director Ernst Lubitch. She starred in The Hot Heiress with Ben Lyon and in Broadminded with Joe E. Brown. Ona returned to Broadway in 1933 for a production of Hold Your Horses. While appearing in the show Ghosts she had a brief romance with actress Ally Nazimova. She also had relationships with Greta Garbo, Tallulah Bankhead, and director Dorothy Azner. In 1939 she was cast as Belle Watley, a Southern madam, in Gone With The Wind. The movie was a huge success but Ona ended up being typecast in similar roles. She got rave reviews playing a madam again in the film noir The Shanghai Gesture. 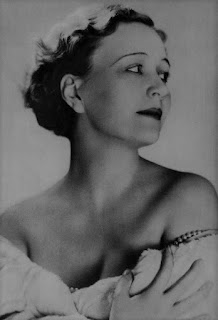 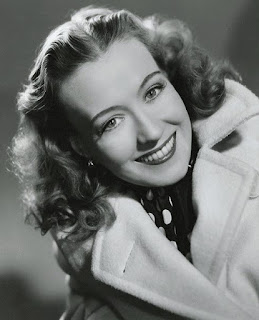 Ona had a passionate love affair with playwright Mercedes de Acosta. She said they shared "the deepest spiritual moment that life brings". Worried about being outed as a lesbian she ended the romance and married Stewart McDonald, a loan administrator, in 1941. Their marriage was an arrangement since Stewart was also gay.  During World War 2 she was chosen to be "Hollywood's official hostess" and acted as a godmother to hundreds of soldiers. She made some movies at Warner Brothers but her career stalled. Her final film was the 1947 thriller The Red House. Ona divorced Stewart and married French painter Eugene Berman in 1950. This was another lavender marriage to a gay man. The couple moved to an apartment in The Belnord on Manhattan's Upper West Side. During the early 1950s Ona appeared in a few television shows. Unfortunately she was plagued by health problems and became very depressed. On February 1955 she committed suicide by taking an overdose of sleeping pills. She was fifty-one years old. Ona left a note that said "This is the only way I know to be free again ... Please don't follow me." She is buried at Ferncliff Cemetery in Hartsdale, New York. 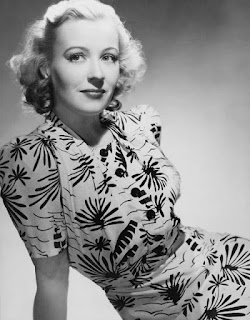 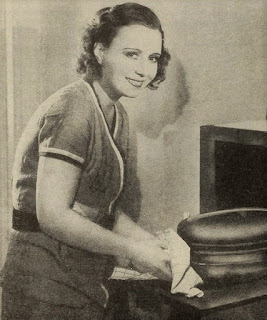 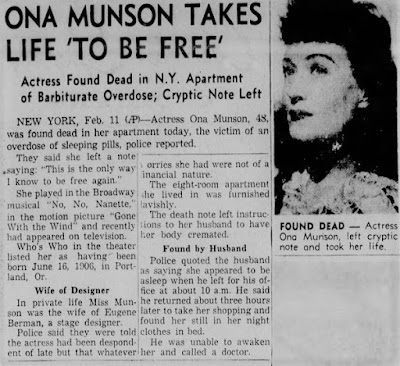