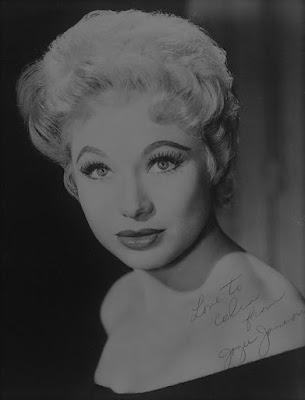 Joyce Jameson was an actress known for playing dumb blondes who took her own life.

She was born Joyce Beverly Kingsley on September 26, 1932 in Chicago, Illinois. Her family moved to Los Angeles when she was a teenager. Joyce attended UCLA and graduated with a degree in theater arts. She made her film debut in the 1951 musical Show Boat. Then she married composer Billy Barnes and started performing in his musical revue. Joyce had a lovely singing voice and a talent for celebrity impersonations. Her son Tyler was born in 1953. She appeared on numerous television shows including The Cisco Kid, Dragnet, and The Bob Cummings Show. Most of her roles were small and she was usually cast as a sexy blonde. Joyce never liked her "dumb blonde" image saying "In effect there are two Joyce Jamesons - the real one and the character whom my agent and I call The Dummy." Her marriage to Billy ended in 1957 but they continued to work together. Soon after their divorce she started dating actor Robert Vaughn. The couple would have an on-again off-again romance for many years. 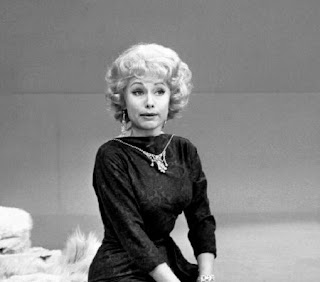 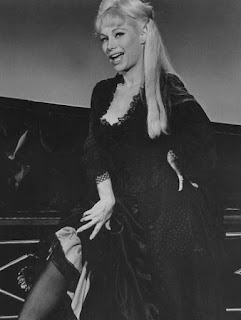 Director Billy Wilder gave Joyce a small part in the 1960 drama The Apartment. Then she starred in the horror movies Tales Of Terror and The Comedy Of Terrors. During the 1960s she guest starred on The Twilight Zone and The Alfred Hitchcock Hour. She also had a recurring role on The Andy Griffith Show. In 1966 she costarred with Elvis Presley in the musical Frankie and Johnny. That same year she worked with her longtime boyfriend Robert Vaughn on an episode of The Man From Uncle. Their relationship ended in 1969. Although she appeared in more than one hundred movies and television shows Joyce never became a major star. As she grew older she struggled with her weight and became very reclusive. Her final role was in the 1984 comedy Lovelines. Sadly Joyce suffered from depression and insomnia throughout her life. On January 16, 1987 she committed suicide by overdosing on pills. She was only fifty-four years old. Joyce was cremated and her ashes were scattered at sea. 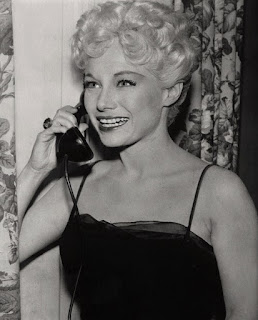 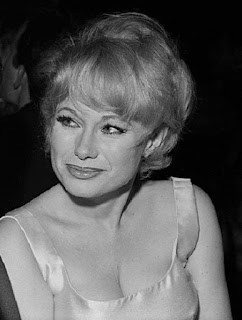