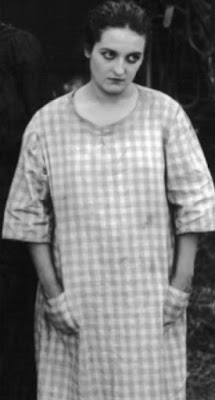 Lillian Peacock was a silent film actress who died young.

She was born Lillian Melvina Webb October 23, 1889 in Scottsdale, Pennsylvania. Her father, Samuel Webb, was a barber. The family moved to Los Angeles when she was a teenager and she got a job as a bookkeeper. Lillian married Roy W. Peacock, a real estate agent, on March 1, 1909. They divorced five years later. At the age of twenty-five she made her film debut in the 1915 comedy The Plumber Wins the Girl. Lillian started appearing in Universal's Jokers comedies where she was usually cast an ingenue. On February 18, 1915 she was badly hurt in a car accident on Hollywood Boulevard. She recovered from her injuries and returned to work two months later. Over the next three years she appeared in more than one hundred comedy shorts including The Mechanical Man, How Billy Got His Raise, and The Detective Duck series. 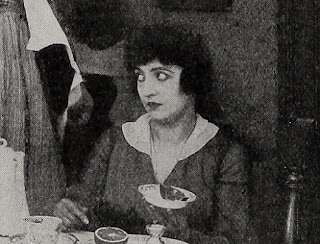 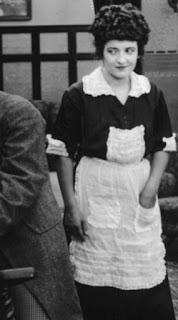 Lillian frequently costarred with Gale Henry and Max Asher. While making a movie at an ostrich farm she hurt her leg when she was thrown off an ostrich. Then in October of 1916 she was filming a scene for Bombs And Business when she fell leaping from one car to another. She broke her wrist and suffered severe internal injuries. Soon after she was back at the studio making movies. Unfortunately she never fully recovered from the accident and became incapacitated in early 1918. She spent the next six months at her parents home in Los Angeles. Lillian died on August 18, 1918 at the young age of twenty-eight. Newspaper reports said she died from the result of her injuries however her death certificate lists a carcinoma as her cause of death. Her final film, The Pie Eyed Piper, was released the day after she died. She was buried at Hollywood Forever cemetery in Los Angeles, California. 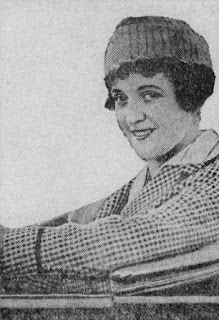 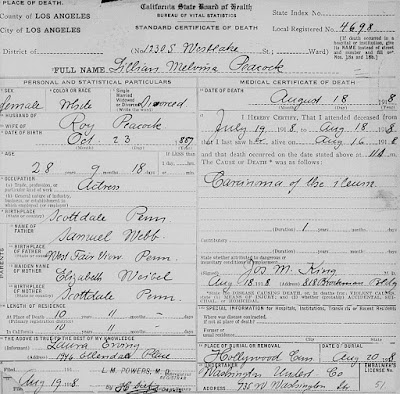