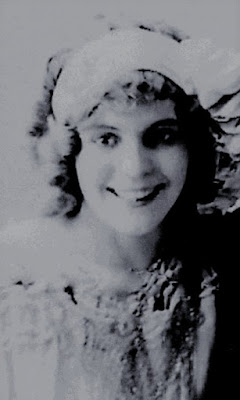 She was born on July 9, 1890 in Kansas City, Missouri. Her father, George Ray, was a farmer and she was one of eight children. When she was a teenager she went to New York City to become an actress. Marjorie joined comedian Dan Russell's popular stage show The Matinee Girls. She fell in love with Dan, who was fifteen years older and married. He left his wife and married Marjorie. Their son, James E. Dunn, was born on December 3, 1909. Since Marjorie was busy working she left her son with her mother. Tragedy struck in May of 1910 when five month old James died from bronchitis. She spent the net several years performing in vaudeville with her husband. Dan was signed by L-KO productions in 1915 and he helped Marjorie get a contract. The couple costarred in numerous comedies together including Shot In The Excitement, The Battles Of Let Go, and Two Gun Trixie. 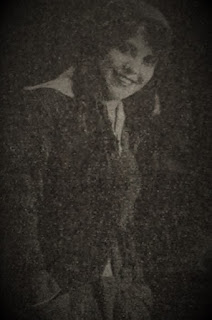 She was often billed as "Mrs. Dan Wilson". Unfortunately by 1921 her film career and her marriage were over. Marjorie continued to perform on stage and spent time working in Mexico City. In 1923 she joined the Colonial Theater stock company in San Diego. She starred in a new show every week and earned rave reviews. Sadly she had become addicted to morphine and opium. One night in July of 1924 she was unable to find a syringe and used a safety pin and eyedropper to get high. She contracted a serious case of tetanus but continued to perform nightly. Tragically on July 22, 1924 she died at the young age of thirty-four. Four hundred friends and fans attended her funeral. Marjorie was buried in Texas wearing her favorite stage dress. Her ex-husband Dan Russell died just eight months later following an ulcer operation. 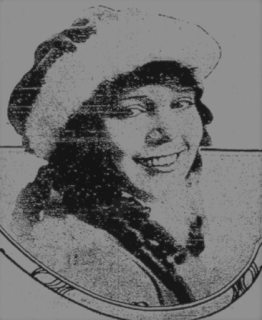 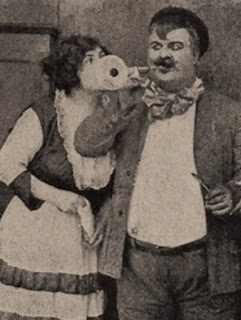 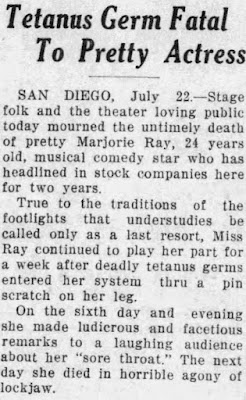