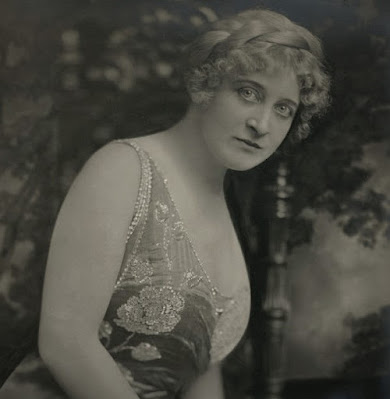 Adele Blood was a popular stage actress who committed suicide at age fifty.

She was born Adele Mary Blood on April 23, 1886 in San Francisco, California. When she was a child she became an accomplished equestrian and loved the theater. Adele briefly worked at the San Francisco Examiner. Then she started acting in stock companies. In 1906 she married Edward Davis, a former clergyman who became an actor. She became a very popular actress by touring in vaudeville. Her biggest success came when she starred in the play Everywoman. Adele was called "the most beautiful blonde on the American stage." Unfortunately she and Edward had a turbulent marriage and they both accused each other of having affairs. The couple were divorced in 1914. That same year she made her Broadway debut in the play Milady's Boudoir. It was a flop and closed after only twelve performances. She also appeared in the Broadway shows Mile A Minute Kendall and He Didn't Want To Do It. Adele was known as a very fashionable woman who spent a fortune on her wardrobe. She had a starring role in the 1916 film The Devil's Toy. 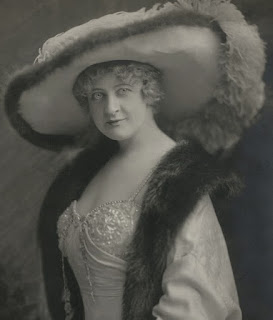 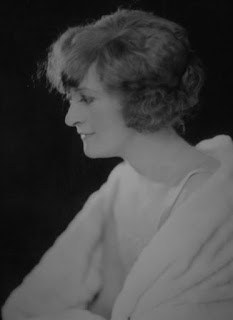 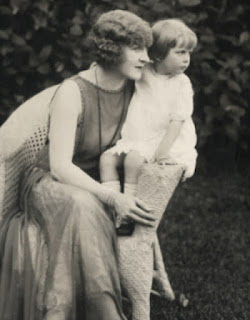 Adele with her daughter Dawn
Soon after she announced she was retiring and married Isaac W. Hope, a theatrical agent. Their daughter, Dawn, was born in 1919. The following year the couple divorced and she returned to the stage. She had a role in the 1920 drama The Riddle: Woman. It would be her last film. Adele put together a new stage show and toured the Orient in 1922. She was briefly engaged to Colonel Castle, a British officer. At the age of thirty-six she retired from acting and devoted herself to raising her daughter Dawn, They moved into a lavish house in Harrison, New York. Adele sued her former banker in May of 1936 claiming he owned her more that $9000. That summer she directed and financed a play that Dawn starred in. The show was a failure and she lost more than $40,000. Tragically on September 13,1936 she committed suicide by shooting herself in the head. She was only fifty years old. Adele was buried at Lakeview Cemetery in West Addison, Vermont. Sadly in 1939 Dawn Hope also committed suicide. 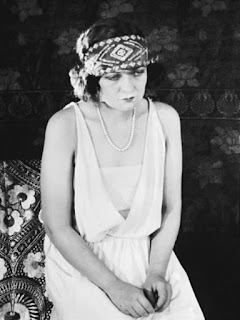 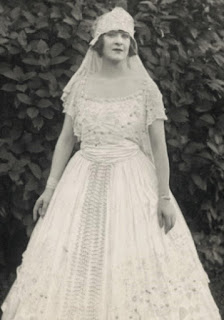 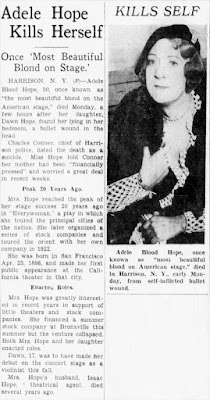