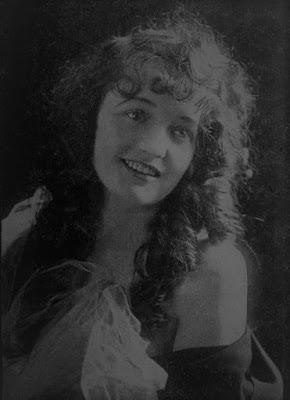 Donna Drew was a silent film actress who died young from influenza.

She was born Donna A. Anderson on March 18, 1897 in Salt Lake City, Utah. Her British father, Walter Anderson, worked for the railroad. Donna attended Salt Like City high school. At the age of eighteen she married twenty-seven year old actor Arthur Moon. The couple worked together in several stage productions before moving to Los Angeles. She quickly landed several uncredited bit parts. In 1917 she was signed by Universal and appeared in the drama The Flame Of Youth. Then she starred in The Lair Of The Wolf and Madame Spy with Jack Mulhall. Her performances got rave reviews and she seemed destined for stardom. 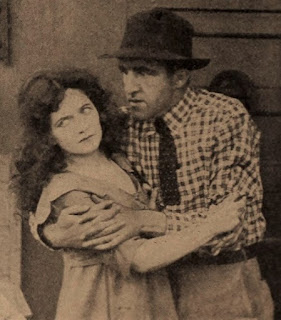 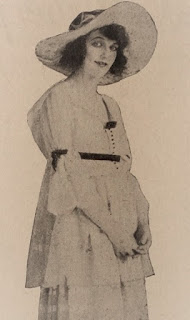 Meanwhile her husband Arthur had also become a successful film actor. During the Summer of 1918 she and Arthur went on a vaudeville tour together. While performing in Helena, Montana they both contracted Spanish influenza. Tragically on October 17, 1918 Arthur passed away. Donna was so sick that she was not told about her husband's death. Just one week later, on October 24, she died from acute pneumonia caused by influenza. She was only twenty-one years old. Donna and Arthur were both buried at Mount Olivet Cemetery in Salt Lake City, Utah. Her final film, The Ghost Girl, was released in 1919. 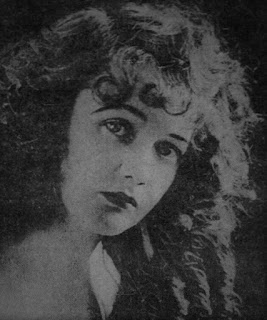 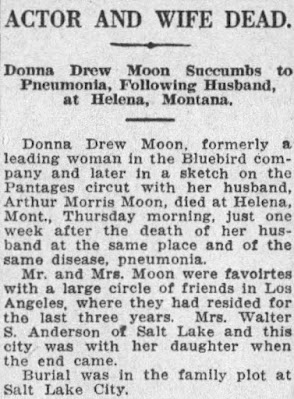