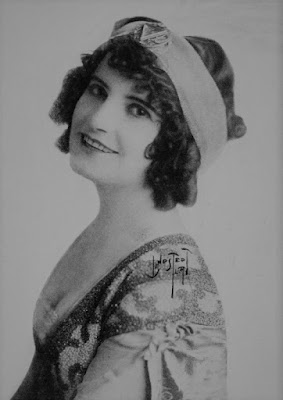 Edna Maison was a popular silent film actress who retired before the talkies.

She was born Carmen Edna Maisonave on August 17, 1892 (some sources say 1886) in San Francisco, California. Her father, Peter Maisonave, was a grocer who had immigrated from France. When she was a child her family moved to Los Angeles. Edna was educated the Immaculate Heart Academy. At the age of six she began her acting career with the Cooper Stock Company in Burbank. She was a very talented singer and performed with the California Opera Company and the Edgar Temple Opera Company. Edna also attended Woodbury business college and briefly worked as a stenographer. In September of 1911 she married Tom Poste, a clothing salesman. She was signed by Pathe Studios in 1912 and made her film debut in The Girl Sheriff. Over the next two yeas she appeared in more than thirty films including Misleading Evidence and A Double Reward (she was sometimes billed as Miss Mason). 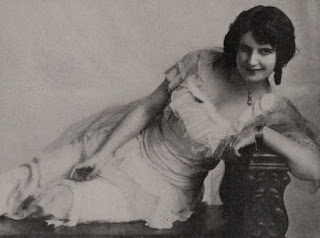 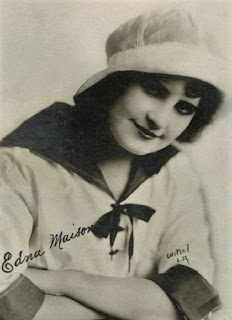 Edna loved to work and she hated taking vacations. The beautiful brunette was offered a contract at Universal studios in 1914. She was given starring roles in the drams The Unmasking, Courage, and Their Island Of Happiness. Unfortunately her marriage to Tom became abusive and they separated several times. Edna divorced him in 1917 claiming he had knocked one of her teeth out. On November 28, 1917 she married film executive Beverly Griffith. Soon after she decided to retire from acting. Her final role was in the 1918 film The Mysterious Mr. Drama. She spent the next twenty years being a housewife and traveling around the world. As she got older she began suffering from various health problems. Her marriage to Beverly ended in 1938. Sadly on January 11, 1946 she died from heart disease at the age of fifty-three. She was buried at Calvary Cemetery in Los Angeles, California. 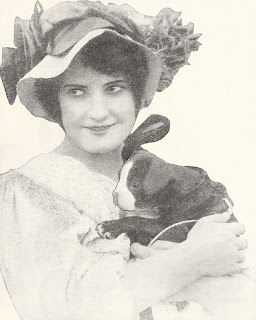 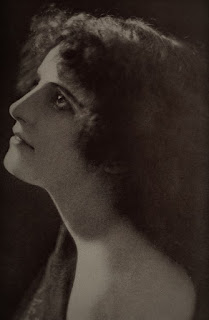 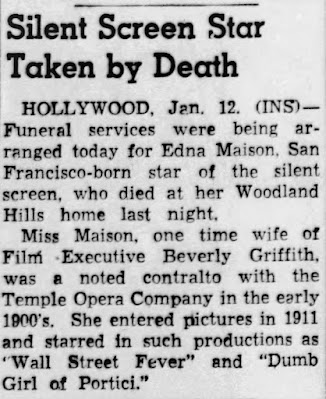