Winona Winter ~ The Cheer Up Girl 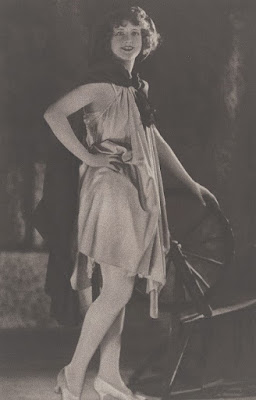 She was born Winona Gordon Winter in 1889 in Huntsville, Alabama. Her father, William Banks Winter, was an actor and songwriter who composed the love song "White Wings". When she was just a toddler she began performing with her father on stage. At the age of six she starred in a Detroit production of The Little Tycoon. Winona became a popular vaudeville singer and ventriloquist. In 1906 she made her Broadway debut in The Little Cherub, She also starred in the Broadway shows The Fascinating Widow and He Came From Milwaukee. The pretty blonde was nicknamed "The Cheer Up Girl". Winona had a small role in the 1914 film The Man From Mexico with John Barrymore. It would be the only movie she ever made. On November 11, 1915 she married Lloyd Simpson, a real estate agent. Their son, Lloyd Simpson Jr., was born the following year. 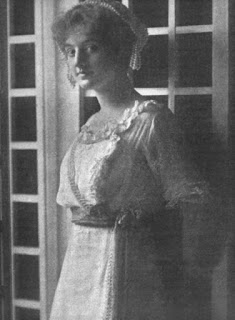 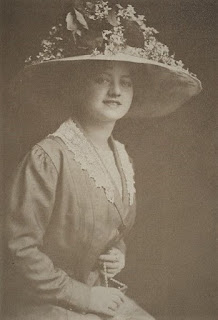 Tragically Lloyd Jr. died in January of 1922 at the age of five. Later that year she divorced her husband claiming that he had abandoned her. They reconciled soon after and made plans to remarry. Then in 1925 she impulsively married press agent Norman Sper after a ten day courtship. The couple had a son named Norman Jr. Winona returned to vaudeville with a popular act called "Broadway O'Grams". As she grew older she suffered from numerous health problems including rheumatic heart disease and peptic ulcers. She eventually had to stop performing on stage. Sadly on April 27, 1940 she died from heart failure at the age of fifty. Winona is buried at Hollywood Forever cemetery in Hollywood, California. Her son Norma Sper Jr. became an internationally known diving champion. 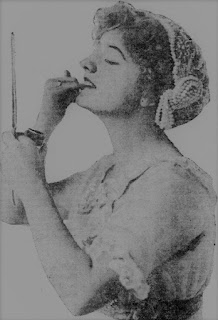 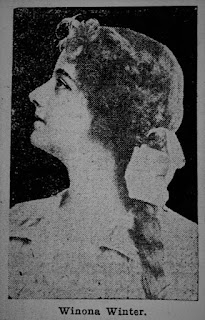