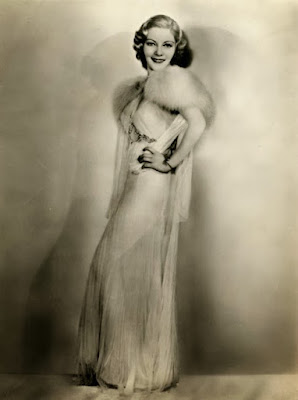 Betty Burgess was a beautiful starlet who had a brief film career during the 1930s.
She was born Elizabeth Burgess on February 15, 1917, in Los Angeles, California. Her father worked for the Los Angeles Philharmonic orchestra. When she was a child she began taking voice lessons and  sang professionally on the radio. Betty also studied tap dancing and learned how to play the guitar. She dreamed of being on the stage so she enrolled in a dramatic school. At the age of eighteen she was discovered by a talent agent and started appearing in local plays. The petite blonde was just over five feet tall and weighed 100 pounds. In 1935 she beat out forty other actresses to land the lead role in the musical Coronado.  Betty said "I wasn't scared a bit when I went to the casting director and told him that I felt I could play in his musical picture." Her performance in the film got rave reviews. Then she had supporting roles in the drama Tough To Handle and I Demand Payment. She married comedian Sonny Lamont in 1938 and had a son. 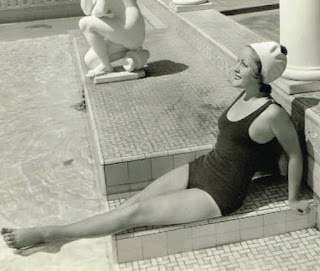 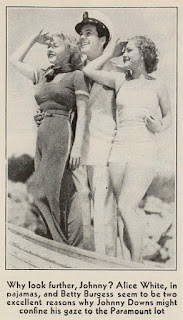 The couple toured vaudeville together and costarred in the 1939 Western The Adventures Of The Masked Phantom. It would be her final film. Betty decided to quit show business and devoted herself to being a mother. After leaving Sonny she married thirty-nine year old Donald Johansen in 1941. They had a daughter named Rebecca but divorced soon after. On January 5, 1960 she married professional wrestler George Zaharias. They split up just six months later. Betty married her fourth husband, Dr. Charles E. Magner, in 1962 and moved to Montana. She spent her time painting and collecting antiques. Unfortunately her marriage to Charles didn't last and she returned to California. Betty died on November 15, 2002 at the age of eighty-five. She was buried at Oak Park Cemetery in Claremont, California. Her great-granddaughter is actress Carly Van Skaik. 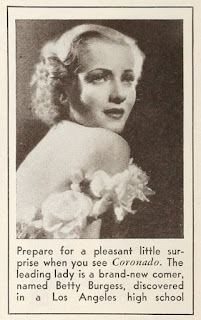 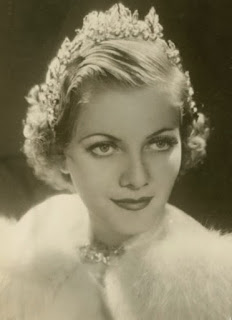