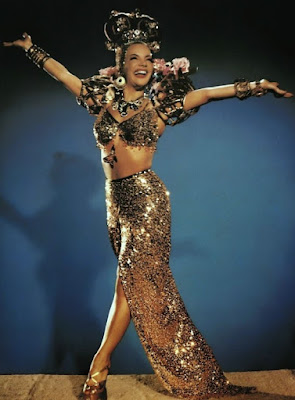 Carmen Miranda was Hollywood's Brazilian Bombshell but she struggled with addiction and died young.

She was born Maria do Carmo Miranda da Cunha on February 9, 1909, in a small village in Portugal. Her family moved to Brazil when she was a baby. Carmen attended a convent school until the age of fourteen when she dropped out to get a job. She wanted to be in show business and got her big break in 1929 when she was discovered by composer Josué de Barros. Her first recording "Tai" was a major hit and she quickly became one of Brazil's most popular Samba singers. Audiences loved her elaborate stage shows, lavish costumes, and large fruity headpieces. In 1940 she was offered a contract at 20th Century Fox. She made her film debut Down Argentine Way costarring Betty Grable. Over the next five years she appeared in several hit musical including Week-End In Havana, The Gang's All Here, and Copacabana. Her thick accent typecasted her and she always played the same ditzy "Brazilian Bombshell" character. Many of her Latin American fans were upset at the way she was portrayed in her movies but Carmen claimed she only did it for the money. At the peak of her fame she earned more than $200,000 a year. 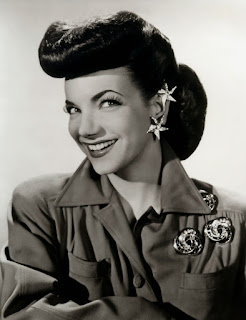 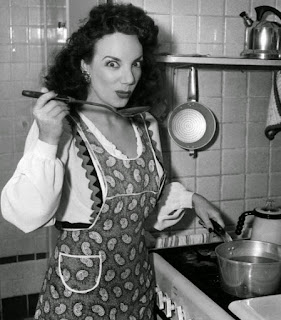 Carmen was romantically linked to actors Mickey Rooney, Dean Martin, and Robert Mitchum She tried to change her image by playing an Irish character in the 1946 film If I'm Lucky but it flopped. Her music career continued to be a big success and she toured all over the world. In 1947 she married producer David Alfred Sebastian. During their marriage she suffered a miscarriage and they separated several times. She refused to get a divorce because she was Catholic. Carmen's heavy drinking and rumored cocaine use began to take a toll on her health. Worried about her aging appearance she underwent a facelift. Her final movie was the comedy Scared Stiff released in 1953. She started suffering from serious depression and underwent electroshock therapy. Despite her problems she continued to make appearances on television shows like What's My Line and The Jimmy Durante Show. On August 5, 1955 Carmen suffered a heart attack and died at her Beverly Hills home. She was only forty-six years old. More than 60,000 fans attended her funeral. She was buried in the Cemitério São João Batista in Rio de Janeiro, Brazil. In 2011 Carmen was immortalized with a postage stamp by the United States government. 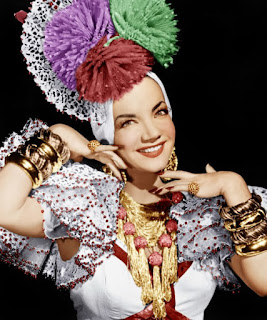 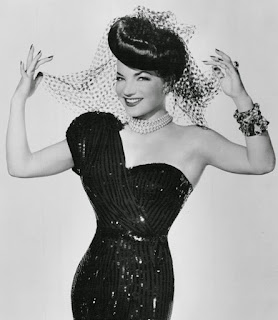