Chili Williams Was The Polka-Dot Girl 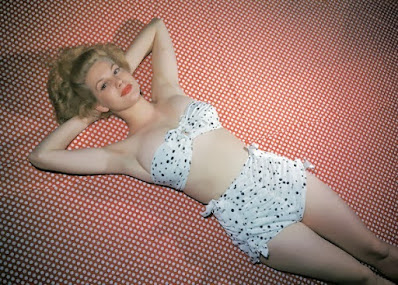 Chili Williams was a model and actress known as The Polka Dot Girl.

She born Marian Sorenson on December 18, 1921 in Minneapolis, Minnesota. Her father John was an automobile salesman. When she was child Chili loved singing, dancing, and playing baseball. After graduating from Marshall high school in 1939 she moved to New York City to become a model. Agent Harry Conover signed her and decided to change her name. In the Fall of 1943 a photo of Chili wearing a polka-dot bikini appeared in Life magazine. Over the next few months she received more than 350,000 fan letters and several dozen marriage proposals from strangers. With curvaceous measurements of 35-24-35 she quickly became one of the soldiers favorite pin-up girls. She was a natural blonde and kept her figure by drinking milk. The press nicknamed her "The Polka-Dot Girl". Chili landed a movie contract at RKO and got small parts in movies like Having Wonderful Crime and Copacabana. Ginger Rogers became her close friend and mentor. In 1944 Chili went on a USO tour with Carole Landis and started her own line of polka-dot clothing. Meanwhile her romances with Rory Calhoun and Jack Carson kept her name in the gossip columns.Unfortunately when she posed for pin-up artist Earl Moran she ended up in the center of a scandal. 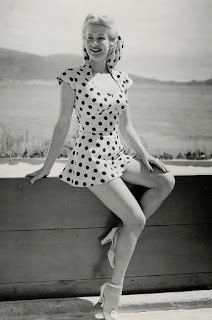 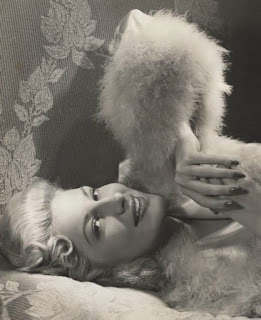 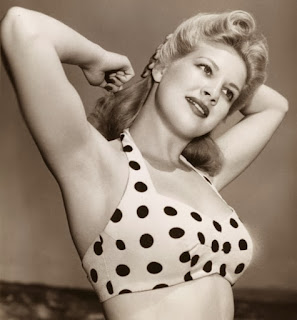 Earl's wife claimed that she found her husband and Chili naked in his studio. Chili denied doing anything wrong and said she had never taken her clothes off. Despite her claims that she never posed nude Chili was named one the best "undressed" women in the world. She tried to change her image by dying her hair brunette and refusing to wear more polka-dots. Although she appeared in more than a dozen films Chili never became a major star. She made headlines again in 1950 when she was caught breaking into her ex-boyfriend's apartment. In January of 1953 Chili married Hugh Bayne, a thirty-one year old business executive, in Las Vegas. Their marriage lasted less than a year. While singing in the church choir she met John Uhlman. Chili married John in 1954 and decided to retire from show business. She told reporters she would never be known as "Chili Williams" again. The couple moved to Las Vegas where they opened a successful dress shop. They had two children together and lived happily away from the spotlight. During the 1970s she gave several interviews where she talked about her past fame. She said "I dove into that whirlwind career head-first and now, looking back, I really thank God there were angels around my shoulders." Chili passed away on October 17, 2003 at the age of eighty-one. She was buried at Westminster Memorial Park in Westminster, California 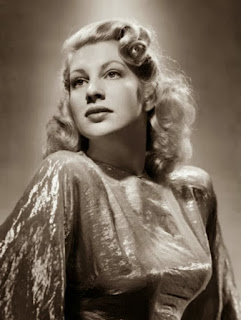 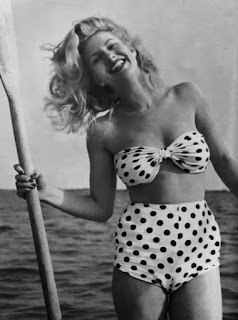 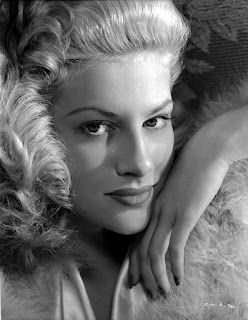