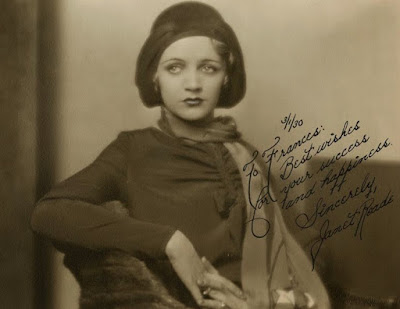 Janet Reade was a talented film starlet who died young from alcoholism.

She was born Helen Dorothy Rulon on July 21, 1910, in Philadelphia, Pennsylvania. Janet began performing in vaudeville when she was just eight years old. She spent several years touring the country with the Templeton Brothers Act. The beautiful blonde was nicknamed "The Dynamo Of Vaudeville". While singing in a Philadelphia nightclub in 1929 she was discovered by producer Florenz Ziegfeld. He gave her a featured part in his new show Whoopee starring Eddie Cantor. Janet married Walter Batchelor, a theater manager, on August 3, 1929. Soon after she was sued for breach of contract by her former agent Tony Shayne. Janet claimed that Tony Shayne's contract was invalid because she was only seventeen when she signed it. She was given the lead role in the Broadway musical Ballyhoo of 1930. Unfortunately the show closed after only two months. 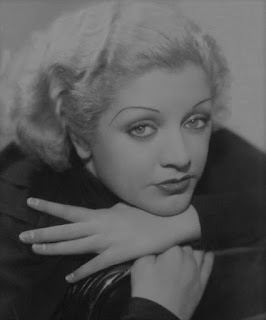 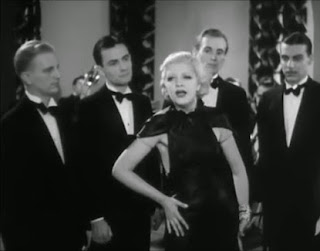 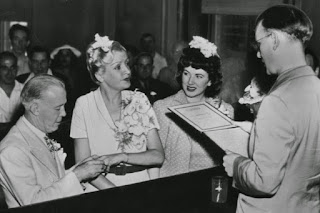 In 1931 she made her film debut in the comedy short Sky High. She appeared in a few more shorts including Here Comes Flossie and The Mild West with Olive Borden. Janet had a lovely singing voice and often sang onscreen. When her film career stalled she went back to performing in vaudeville. She divorced her husband and married dancer Pat Rooney in 1935. The couple separated a few years later and she quit show business. By this time Janet had a serious alcohol problem. She made headlines in 1942 when she announced she was divorcing her husband so she could marry her father-in-law Pat Rooney Sr. The couple were married in New Jersey on July 21, 1942. Janet's new husband was thirty years older and six inches shorter than her. On February 6, 1943, just six months after their wedding, she died from a liver ailment. Janet was only thirty-two years old. Her husband Pat was at her side when she passed away. 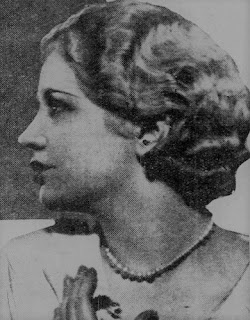 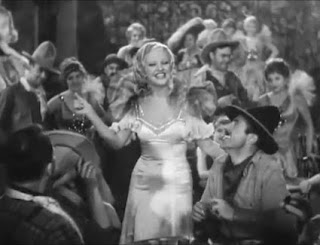 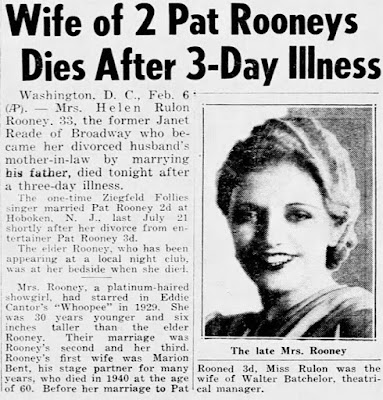