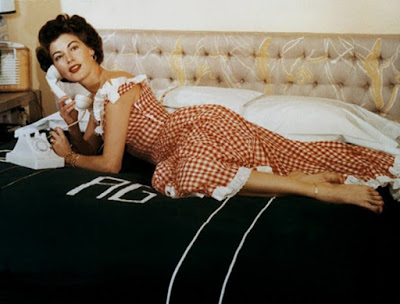 Ava Gardner was a sultry Hollywood superstar known for her many love affairs.

She was Ava Lavinia Gardner was born on December 24, 1922, in Grabtown, North Carolina. Ava grew up in a poor family and was the youngest of seven children. In 1941 an MGM talent scout saw her photo and arranged for her to have a screen test. When MGM president Louis B. Mayer saw the test he said "She can't act. She can't talk. She's terrific". Shortly after arriving in Hollywood she began dating actor Mickey Rooney. They were married in January of 1942 and Ava was a virgin on her wedding night. She left him a year later for cheating on her. She got small parts in movies like Ghosts On The Loose and We Were Dancing, When she wasn't acting she posed for countless pin-up photos. She married bandleader Artie Shaw in 1945. Her first leading role was in the 1946 film-noir The Killers. More hit films followed including The Hucksters, One Touch Of Venus, and The Bribe. After divorcing Artie she had a string of lovers including Robert Taylor, Turhan Bey, Robert Walker and billionaire Howard Hughes. Ava was also bi-sexual and once had a threesome with her best friend Lana Turner. The brunette beauty openly admitted she loved sex and was often called “the most irresistible woman in Hollywood”. 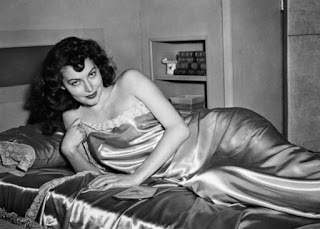 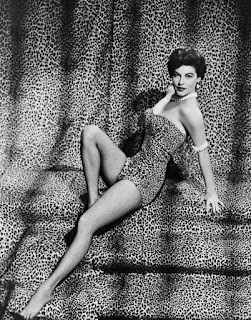 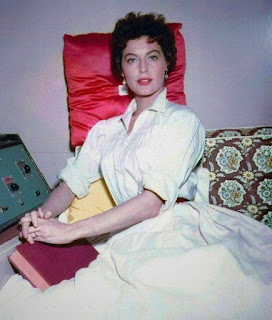 She fell in love with married superstar Frank Sinatra in 1948. When the press found out about the affair there was a major scandal. Frank divorced his wife and married Ava on November 7, 1951. She became pregnant but had an abortion because their marriage was so rocky. Ava left him in 1953 but they continued to see each other for years. In 1954 she was nominated for an Academy Award for her performance in Mogambo. She also received rave reviews for her starring role in The Barefoot Contessa. Tired of living in Hollywood she decided to move to Spain. She spent much of her time flamenco dancing and going to bullfights. Ava had a torrid romance with bullfighter Luis Miguel Dominguin. Tax problems forced her to move to England in 1968 where she would spend the rest of her life. During the 1970s she appeared in the films Earthquake and The Cassandra Crossing. She continued acting until she suffered a stroke in the 1980s. Ava died on January 25, 1990 from pneumonia. She was seventy-seven years old. Ava is buried at Sunset Memorial Park in Smithfield, North Carolina. Her autobiography, Ava: My Story, was published after her death. 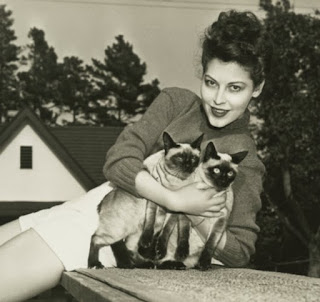