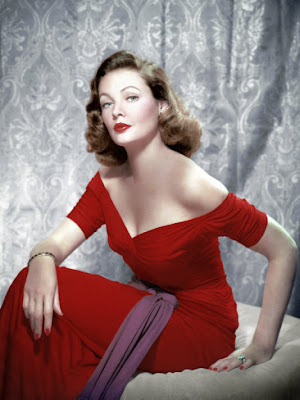 Gene Tierney was a beautiful and talented movie star who struggled with mental illness.

She was born Gene Eliza Tierney was born on November 19, 1920, in Brooklyn, New York. Her parents were wealthy and she was educated at the finest schools. She spent two years studying in Europe when she was a teenager. Gene started modeling and appeared in several Broadway shows. At age nineteen she was offered a contract with 20th Century Fox. Gene made her film debut in the 1940 western Return Of Frank James. She fell in love with actor Robert Sterling but ended it because her parents didn't approve. Gene became estranged from her father when she discovered he had cheated on her mother. In July 1941 she married fashion designer Oleg Cassini. Their daughter, Antoinette Daria, was born two years later. The baby was born mentally retarded because Gene contracted German Measles during her pregnancy. She had a hard time dealing with her daughter's condition and fell into a deep depression. Hit movies like Laura, Heaven Can Wait, and The Razor's Edge made her one of the country's most popular actresses. She was nominated for an Oscar for her performance in the 1945 drama Leave Her To Heaven. Gene and Oleg separated in 1945 and she started a romance with future President John F. Kennedy.  She was devastated when John refused to marry her so she decided to reconcile with Oleg. 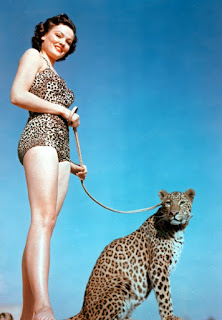 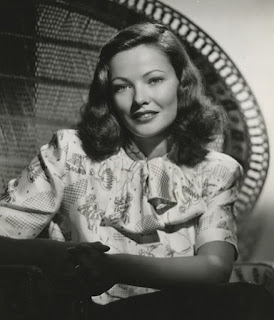 They had a daughter named Christina in 1948. Unfortunately Oleg was unfaithful and she divorced him in 1952. Then she began a tumultuous relationship with Prince Aly Khan, ex-husband of Rita Hayworth. After years of emotional problems she was finally diagnosed with manic depression. She was hospitalized numerous times and even received shock treatments. Gene threatened to kill herself in 1957 by jumping out a window. At her therapist's suggestion she took a job in a department store. Gene married oil tycoon Howard Lee in 1960 and moved to Texas. She became pregnant but suffered a miscarriage. She continued to appear in movies like Advise And Consent and Toys In The Attic. In 1979 she published her autobiography, Self-Portrait, and began talking about her struggle with mental illness. Her last acting role was in the 1980 mini-series Scruples. After her husband died in 1981 she lived a quiet life away from the spotlight. Early in her career Gene had started smoking to lower her voice. She continued to smoke throughout her life and was diagnosed with emphysema in the 1980s. Gene died from the disease on November 6, 1991. She is buried at Glenwood Cemetery in Houston, Texas. 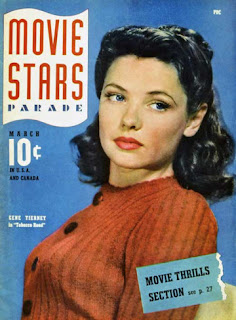 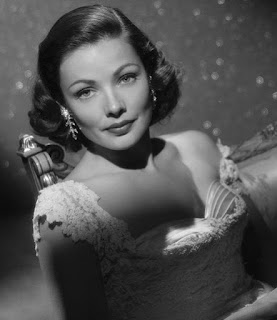