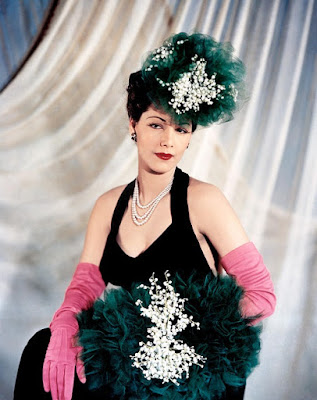 Maria Montez was a Dominican actress known as The Queen Of Technicolor until
her untimely death.

She was born Maria Africa Antonia Gracia Vidal de Santo Silas on June 6, 1912, in the Domican Republic. Maria grew up with nine siblings. When her father was appointed to the Spanish consulship the entire family moved to Northern Island. In 1932 Maria married William G. McFeeters, a wealthy banker, but the they divorced a few years later. She began modeling and her dark, exotic looks helped her get a screen test at Universal. Maria made her film debut in the 1940 drama The Invisible Woman. Two years later she got rave reviews for her performance in Arabian Nights. She went on to appear in a series of big budget adventure movies and was nicknamed "The Queen of Technicolor". Maria became a popular star even though critics complained that she could not really act. Throughout her career she lied about her age and claimed she was eight years younger than she was. She married French actor Jean-Pierre Aumont in 1943. 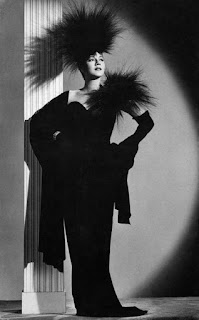 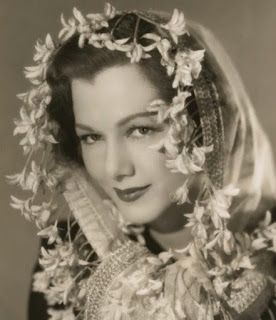 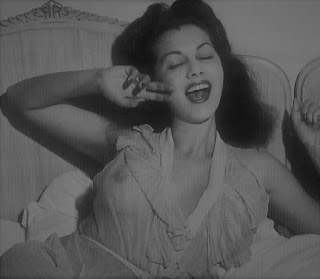 Maria posing semi-nude
The couple had a daughter named Maria Christina. Unhappy with the roles they were getting in Hollywood Maria and Jean-Pierre decided to move to Paris, France. The couple formed Christina Productions and costarred together in the drama Wicked City. Maria continued making films in Europe and published three books. In 1949 she announced she was divorcing Jeane-Pierre but they reconciled soon after. They worked together again in the 1951 film Revenge of the Pirates. Sadly this would be Maria's final film. On September 7, 1951 she was found dead in her bathtub. Maria had suffered a heart attack and drowned after bathing in scalding water. She was only thirty-nine years old. Maria is buried in the Cimetiere du Montparnasse in Paris, France. Her daughter Tina Aumont became a successful actress appearing in more than fifty films. 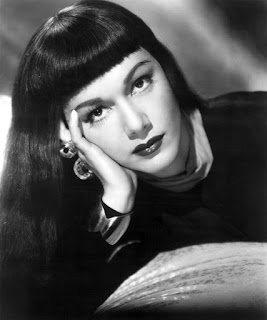 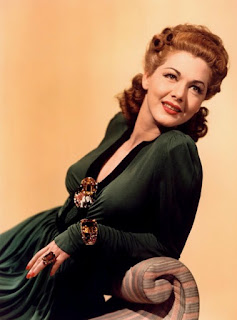