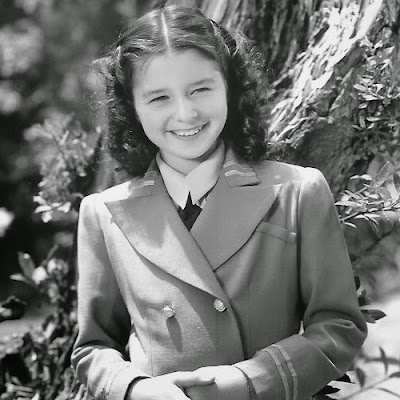 Virginia Weidler was a popular child star who quit acting when she was a teenager.

She was born Virginia Anna Adelaide Weidler was born on March 21, 1927 in Eagle Rock, California. Virginia had five older brothers and sisters. When she was very young she suffered from rheumatic fever. At the age of four she made her film debut in the drama Surrender. Her big break came in 1938 when she signed a contract with MGM. The studio was impressed that the eleven year old could speak three languages. She quickly became one of Tinseltown's most popular child stars. Virginia played Norma Shearer's daughter in The Women and was Katharine Hepburn's sister in The Philadelphia Story. She would appear in more than forty films including Bad Little Angel, All This And Heaven Too, and Babes On Broadway. John Barrymore once called her "Hollywood's greatest actress". Unfortunately her career stalled when she became a teenager. She had to compete with Shirley Temple and Jane Withers for roles. 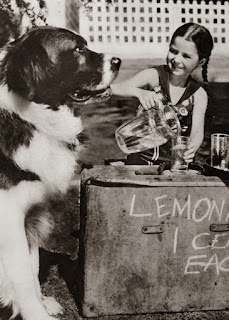 Virginia was considered a "plain-jane" type and started getting second billing in her films. She decided to leave MGM when she was sixteen. Her final film was the 1943 musical Best Foot Forward. She spent the next several years performing in vaudeville and on the radio. Virginia married naval officer Lionel Krissel in 1947 and had two sons. She retired from show business and never gave another interview. Her friends said she never watched her old films or talked about her Hollywood career. On July 1, 1968 she died from a heart ailment in Los Angeles, California. She was only forty-one years old. Virginia had suffered symptoms of cardiac disease but did not seek treatment because she was a lifelong Christian Scientist. She was cremated and her ashes were scattered at sea. 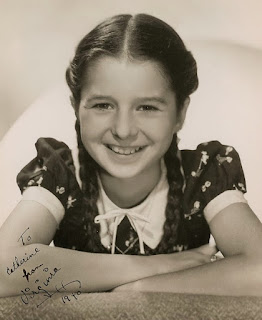 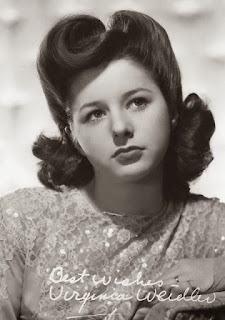