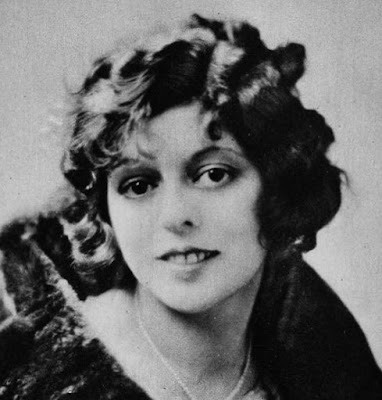 She was born on December 9, 1898 in Brooklyn, New York. She grew up in a wealthy Methodist family. As a child she performed in church plays with her mother. In 1916 her father became ill and was forced to close his business. Clarine began working as a movie extra to help support her family. She appeared in several short films and danced in vaudeville. Hal Roach offered her a contract in 1917 and she moved to Los Angeles. She was given the female lead in a series of comedy films starring Toto the clown. After making a few films Roach fired her for refusing to do some dangerous stunts. Clarine sued him for breaking her contract and was awarded more than $1,300 in damages. In 1919 D.W. Griffith cast her in the drama The Girl Who Stayed Home. Her performance got good reviews and she was cast as a seductive native woman in The Idol Dancer. She loved playing dramatic roles and said she never wanted to do comedy again. Clarine started partying with Mabel Normand who introduced her to drugs. 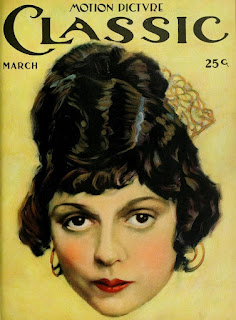 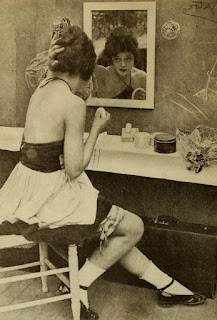 In early 1920 D.W. Griffith signed her to a four year contract rumored to be worth two million dollars. She was becoming a popular actress and was featured on the cover of Motion Picture magazine. Clarine was also planning to marry William M. Merrick, a wealthy silk manufacturer. She went to New York City in March of 1920 to make the romantic drama Way Down East. On April 21 she became ill and was hospitalized due to "intestinal strangulation". She underwent surgery but her condition got worse and she developed pneumonia. Sadly she died on April 25, 1920. Clarine was only twenty-one years old. She was buried at Greenwood Union Cemetery in Rye, New York. There were rumors that her death was caused by a botched abortion or from exposure to freezing temperatures during the filming of Way Down East. Her former boss Hal Roach blamed drugs for her death. 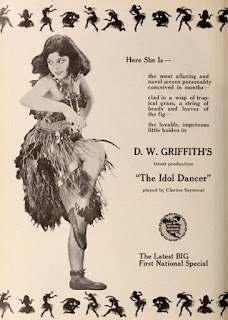 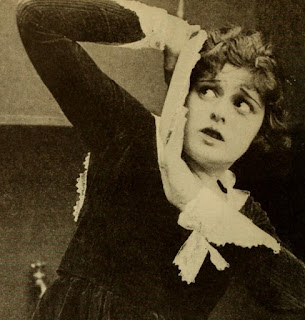 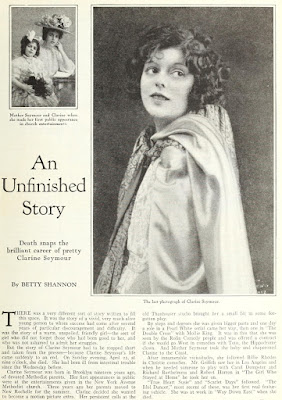