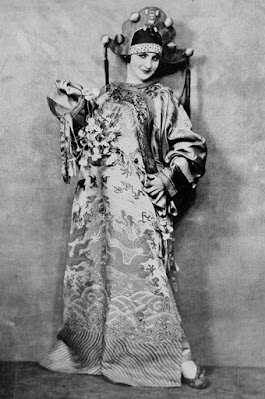 Gladys Frazin was a beautiful and talented 1920s film starlet who took her own life.

She was born on June 21, 1900 in Chicago, Illinois. Her father, Louis Frazin, operated a chain of shoe stores. At the age of seventeen she married businessman Leo Lowenstein. On January 1, 1920 their son, Leo Jr, was born. The couple were divorced in the Summer of 1921. Gladys began her career on the New York stage. She starred on Broadway in The Masked Woman and toured the country in White Cargo. The pretty brunette became a popular stage star and in 1922 she was featured on the cover of The National Police Gazette. She was very well educated and spoke five different languages. Gladys made her film debut in the 1924 drama Let No Man Put Asunder. She married actor Douglas Gilmore in 1924 but they split a year later. Then she went to London to star in a stage production of The Trial of Mary Dugan. She also appeared in the British films The Blue Peter and Spangles. Gladys married her third husband Richard W. Lehne in April of 1929. He was an antique dealer who was nearly twenty years older than her. Unfortunately their marriage lasted only one month. She married comedian Monty Banks on September 20, 1929. 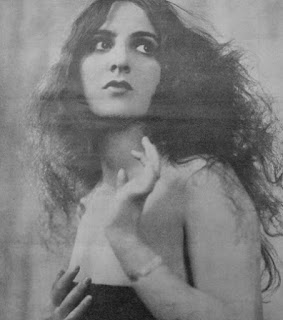 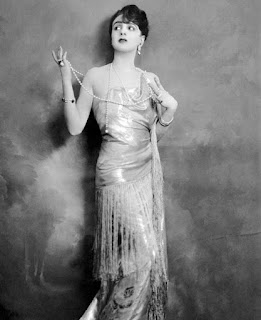 He directed her in the films The Compulsory Husband and Kiss Me Sergeant. Monty also adopted her young son Leo. Sadly by this time Gladys was suffering from alcoholism and sex addiction. Her final role was in the 1931 drama The Other Woman. In April of 1932 she disappeared for several days after having a nervous breakdown. She was hospitalized and Monty filed for divorce. He claimed she drank too much and often didn't come home at night. She and Monty announced they were going to remarry in December of 1934 but they broke up again. Gladys decided to moved in with her parents in New York City. She spent much of her time walking her beloved dogs. Tragically on March 9, 1939 she committed suicide by jumping out of her sixth floor bedroom window. She was only thirty-eight years old. Gladys had left a suicide note that said "Mother and Dad, Please forgive me for what I am doing. I cannot suffer any longer." She was buried at Ferncliff Cemetery in Hartsdale, New York. 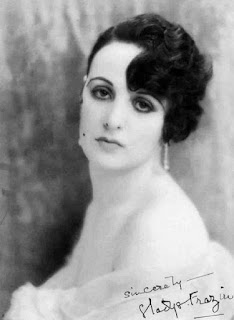 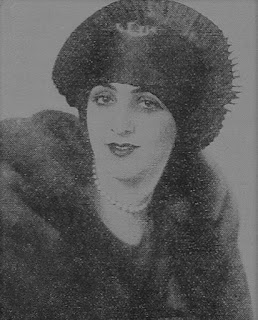 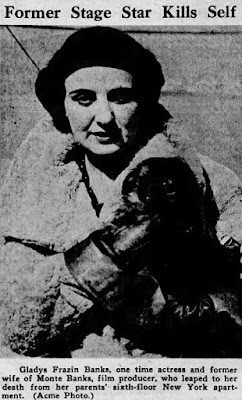