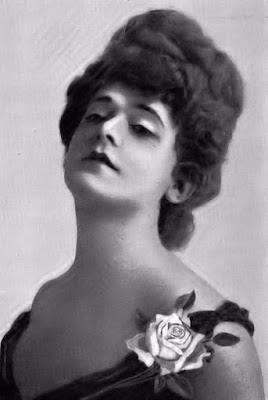 Bothwell Browne was one of the worlds most success female impersonators.

He was born Walter Bothwell Bruhn on March 7, 1877 in Copenhagen, Denmark. When he was a child his family moved to San Francisco, California.  He went to New York City and began working as a dancer and female impersonator. In 1911 he made his Broadway debut in Miss Jack. He quickly became one of the most popular acts in vaudeville. Bothwell was known for performing very sexy and often controversial shows. During one show he danced with a live poisonous snake. Critics were constantly comparing him to Julian Eltinge, a more famous drag queen. Bothwell actually hated being called a female impersonator. He said "A female impersonator is a man who puts on women's clothes and prances about. I go much deeper into the role than that. I study women, I am an actor of feminine roles." 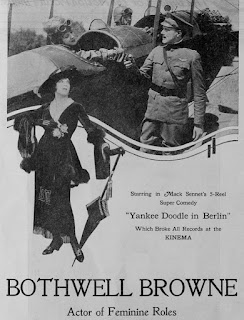 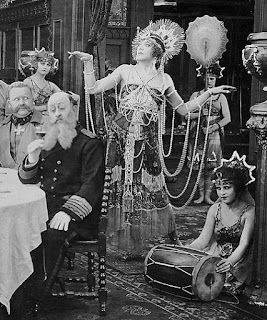 Director Mack Sennett chose him to star in his 1919 comedy Yankee Doodle In Berlin. He played an aviator who dresses as a woman in the  To coincide with the release of the movie Bothwell put together a tour starring Maryon Aye and the Mack Sennett's bathing beauties. He and Maryon became close friends and he hired her to star in his vaudeville revue. In December of 1919 Bothwell was a headliner at the Palace Theater in New York City and was featured on the cover of Variety. He continued to appear in vaudeville throughout the 1920s. After retiring he opened a dance school in San Francisco. Bothwell, who was openly gay, never married or had children. He died on December 12, 1947 at the age of seventy. Bothwell was cremated and buried at Chapel Of The Pines Crematory in Los Angeles. 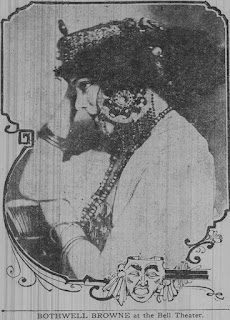 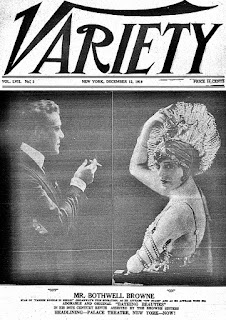