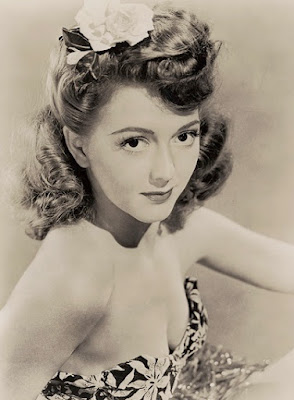 Peggy O'Neill was a promising young starlet who took her own life.

She born Barbara Jeanne O'Neill on April 8, 1924 in San Francisco, California. Her parents, William and Helen, divorced when she was a child. Peggy was educated at a convent and started her career in local theater. After winning a beauty contest she decided to move to Hollywood. She studied acting with drama teacher Max Reinhardt. The lovely redhead made her film debut in the 1941 comedy All American Co-Ed. Producer Charles Rogers signed her to a seven year contract in 1943. Peggy was so excited that she fainted after signing the contract. She was given a starring role in Song Of The Open Road costarring Edgar Bergen. Columnist Louella Parsons called her "Hollywood's newest Cinderella". During the Summer of 1944 she went in a bond selling tour of Texas with Adele Mera and Gale Storm. 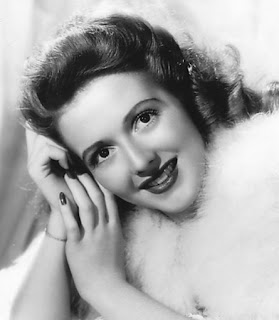 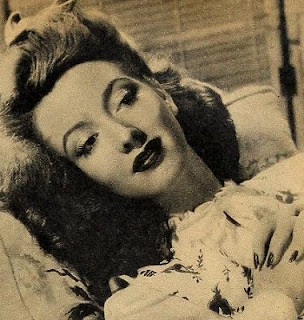 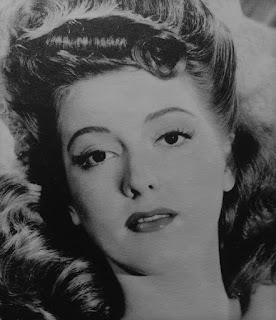 She had small parts in the movies It's A Pleasure and You Came Along. Peggy impulsively married Lloyd Miner, an Army officer, on January 16 1945. They separated shortly after the wedding and she moved in with her mother. In the Spring of 1945 she was offered a long term contract with Paramount. She started a serious romance with screenwriter Albert Mannheimer. On April 12, 1945 Peggy went to Albert's apartment for dinner. They had a fight and he walked out. That evening she committed suicide by taking an overdose of sleeping pills. When Albert returned to the apartment he found her body lying dead on the floor. She was only twenty-one years old. Peggy was buried at Calvary Cemetery in Los Angeles. 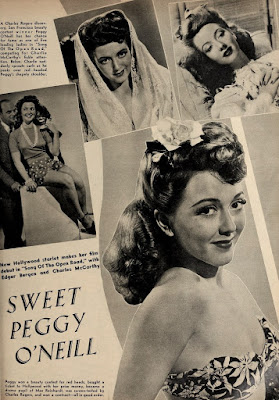 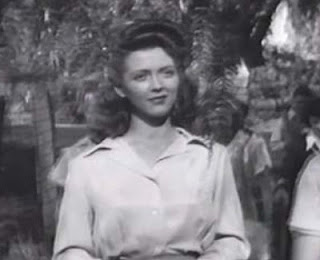 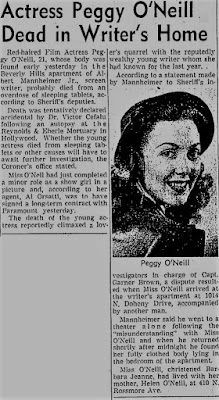