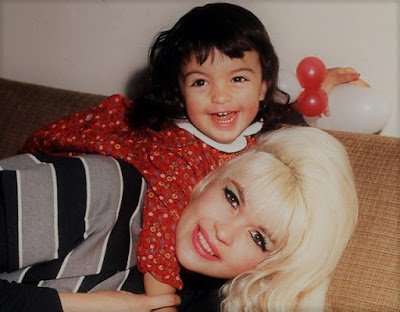 Jayne Mansfield was one of Hollywood's biggest sex symbols but her favorite role was being a mother to her five children.

She was born Vera Jane Palmer on April 19, 1933, in Bryn Mawr, Pennsylvania. After her father died her mother remarried and moved the family to Texas. At age seventeen she became pregnant and married her high school sweetheart Paul Mansfield. Their daughter Jayne Marie was born in November of 1950. A few years later she convinced her husband to move to Hollywood so she could pursue an acting career. Jayne won dozens of beauty titles including "Miss Photoflash" and "Miss Fire Prevention". She also posed nude for Playboy and other men's magazines. In 1954 she made her film debut in the drama Female Jungle. Then she starred on Broadway in the hit play Will Success Spoil Rock Hunter? and was offered a contract at Fox. She had leading roles in The Girl Can't Help It and The Sheriff Of Fractured Jaw. 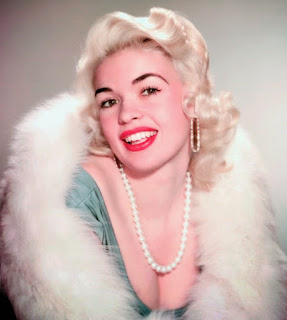 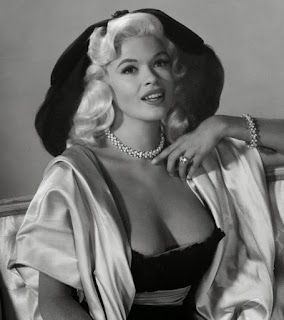 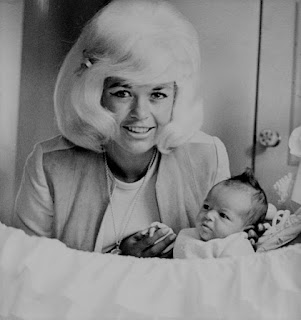 Her flair for publicity made her one of the most talked about actresses in world. Although she often played dumb blondes her IQ was actually 163! She divorced Paul and married former Mr. Universe Mickey Hargitay in January of 1958. They had two sons together, Miklos and Zoltan, and lived in a lavish Beverly Hills mansion called "The Pink Palace". Jayne was always being compared to Marilyn Monroe and her movie career quickly fizzled. She began performing in nightclubs and posing nude for men's magazine. Jayne caused a controversy when she appeared naked in the low budget 1963 film Promises Promises. She was offered the part of Ginger on the TV series Gilligan's Island but she turned it down. Unfortunately she and Micky had a rocky marriage and they separated in early 1963. They reunited a few months later and she became pregnant. On January 28, 1964 she gave birth to her fourth child - a daughter named Mariska. There are rumors that Nelson Sardelli, Jayne's ex-lover, was Mariska's real father. 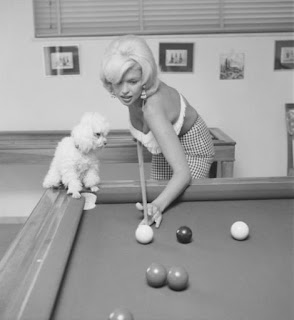 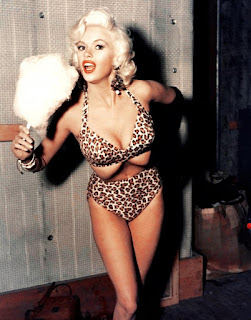 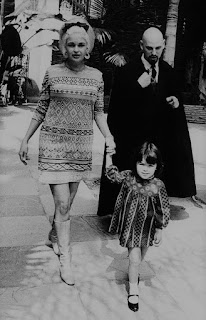 She was a loving, affectionate mother who doted on all her children. Jayne threw them expensive birthday parties and the children always went with her when she traveled. She divorced Mickey and married Matt Cimber, a director, in 1965. They had a son together but the marriage didn't last. Then she became involved in an abusive relationship with her manager Sam Brody. By this time she had a serious addiction to drugs and alcohol. In 1966 two year old Mariska made her TV debut with her mother on The Merv Griffin Show. That same year Jayne and Mariska were photographed with Satanic cult leader Anton LaVey. Jayne was not really a Satanist but Sam Brody convinced her to meet LaVey as a publicity stunt. Tragically Jayne was killed in a car accident on June 29, 1967. She was just thirty-four years old. Rumors that Jayne was decapitated in the accident are not true. 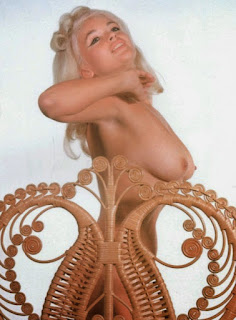 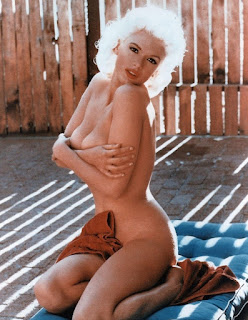 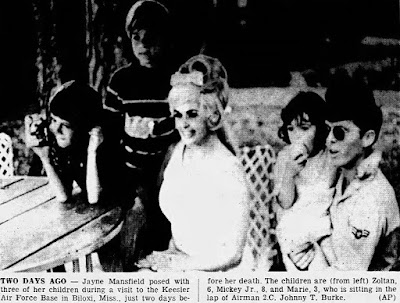 Three of her children including Mariska had been asleep in the backseat and survived the accident. After her mother's death Mariska was raised by her father Mickey and his wife Ellen. She followed in her mother's footsteps and became an actress. Mariska has been playing Detective Olivia Benson in the TV drama Law & Order: Special Victims Unit since 1999. The show made her one the highest paid stars on television. She has won an Emmy, a Golden Globe, and was given a star on the Hollywood Walk Of Fame right next to Jayne's. In an interview Mariska said "In some ways, being the daughter of a Hollywood icon has been a burden. I used to hate constant references to my mom because I wanted to be known for myself. Losing my mother at such a young age is the scar of my soul. But I feel like it ultimately made me into the person I am today. I understand the journey of life. I had to go through what I did to be here." 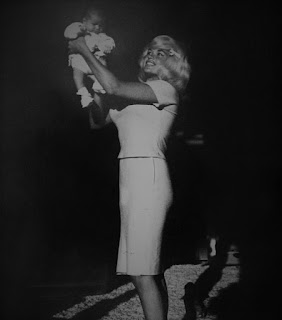 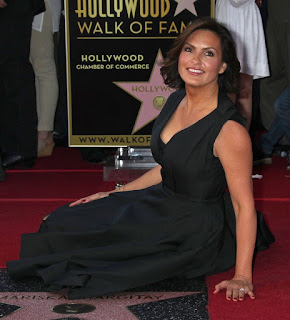 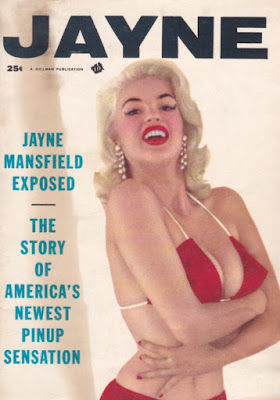