Violet Oliver Was The Sunkist Girl 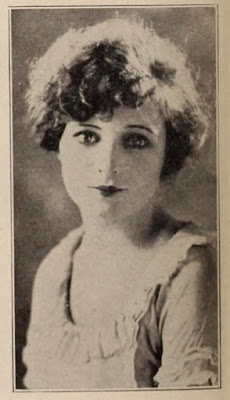 Violet Oliver was a silent film actress and model known as The Sunkist Girl.

She was born Violet Linda Villa on September 11, 1901 in San Jose, California. When she was seventeen she was chosen to be the "Trans Pacific Girl" and dedicated the Thomas H. Ince aviation field. After graduating from high school she studied journalism at the University of Southern California. Violet also became an accomplished swimmer and diver. The beautiful blue-eyed brunette started entering and winning beauty contests. In 1920 the California raisin growers named her the "prettiest girl in the state". She spent the next several years touring the country as "The Sunkist Girl" and her picture appeared on millions of boxes of raisins. During her travels she interviewed President Woodrow Wilson and danced with the Prince of Wales. Violet became one of the most photographed women in America. 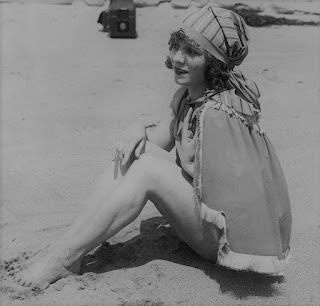 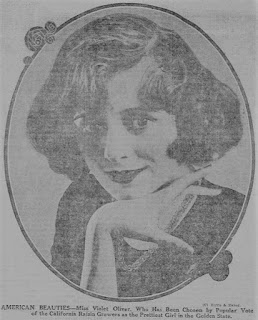 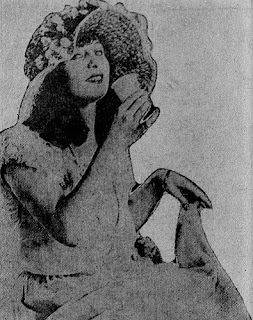 She made her film debut opposite Lige Connelly in the 1922 comedy High Power. Then she appeared in the short film Casey Jones Jr. She joined Lemaire and Philip's vaudeville act in the Fall of 1923. Violet married baseball pitcher Earl Whitehill in November of 1925. The couple lived in Cedar Rapids, Iowa and had a daughter named Earlinda. She quit show business but occasionally wrote articles about baseball for The Washington Herald. In August of 1954 she filed for divorce from her husband. Sadly just two months later Earl died in an automobile accident. Soon after she moved to Beverly Hills, California and married Wayland Geissinger, an advertising executive. He passed away in November of 1960. Violet died on March 22, 2003 from natural causes at the age of 101. She was cremated and her ashes were given to her family. 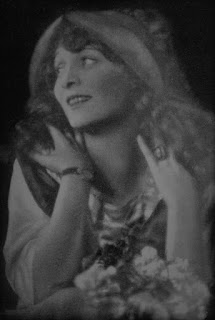 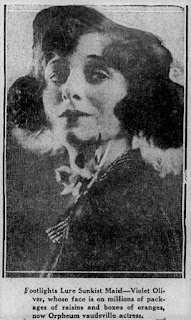