Did Lupe Velez Drown In A Toilet? 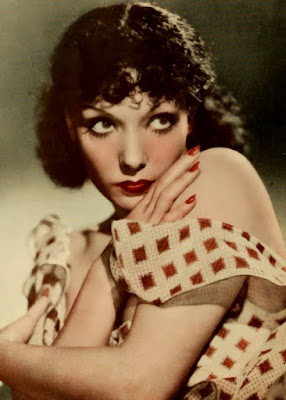 Lupe Velez was one of the most popular Latin film stars in Hollywood but today she is mainly remembered for an urban legend surrounding her 1944 suicide.

She was born Maria Guadalupe Velez on July 18, 1908 in San Luis Potosi, Mexico. Her mother claimed to be an opera singer but it was rumored to be a prostitute. Lupe was such a troublesome child that she was sent to a convent in Texas at age thirteen. When her father went missing during the Mexican revolution she returned home to help support her family. She began dancing in burlesque houses and singing in Mexican revues. Her provocative performances made her a popular vaudeville star. She made her film debut in the 1927 Laurel and Hardy short Sailors, Beware! Her big break came when she cast in in the film The Gaucho. She started an affair with her leading man Douglas Fairbanks, who was married to Mary Pickford. Lupe was offered a contract at United Artists and was named one of the Wampas Baby Stars of 1928. 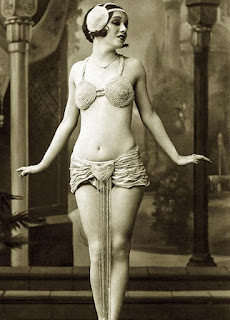 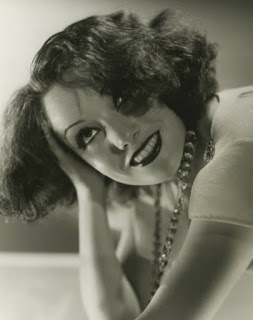 She fell madly in love with Gary Cooper, her costar in The Wolf Song. When he ended the relationship she was so angry that she shot a gun at him. She also had high profile romances with John Gilbert, Tom Mix, and Clark Gable. Her bad temper and wild antics made her notorious in Hollywood. She got into a fist fight with Lilyan Tashman and threatened to cut Norma Shearer's throat. During the 1930s she starred in a string of hit films including Hell Harbor, The Squaw Man, and East Is West. She became known for playing fiery, exotic characters and was nicknamed "The Hot Tamale". Lupe married Olympic athlete and actor Johnny Weissmuller on October 8, 1933. The couple had a stormy relationship and often got into physical fights. After one argument Johnny  killed her beloved pet parrot. After numerous break-ups and reconciliations they were divorced in 1939. That same year she starred as the "Mexican Spitfire" in the low budget comedy The Girl From Mexico. 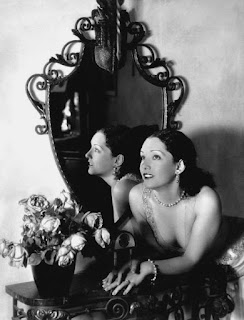 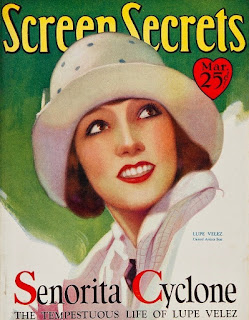 The movie was a surprise hit and she would make six more Mexican Spitfire movies. She bought a palatial mansion at 732 North Rodeo Drive and called it "Casa Felicitas". Lupe shared the home with her two Chihuahuas Chips and Chops. She wanted to marry Arturo de Cordova, her costar in La Zandunga, but she left him when he refused to leave his wife. In 1944 she began dating Harald Ramond, an aspiring actor from Austria. She got pregnant and was devastated when Harald refused to marry her. Lupe was a devout Catholic and she did not want to have an abortion or raise her baby alone. On the evening of December 13, 1944 she had dinner with actress Estelle Taylor. Around 3:00AM on December 14 she committed suicide by taking seventy Seconal pills. She was only thirty-six years old. Lupe left a note saying "May God forgive you and forgive me too but I prefer to take my life away and our baby's before I bring him with shame or killing him." 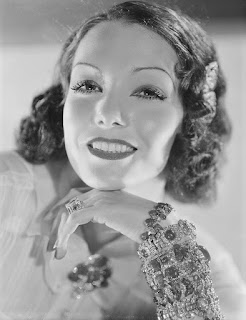 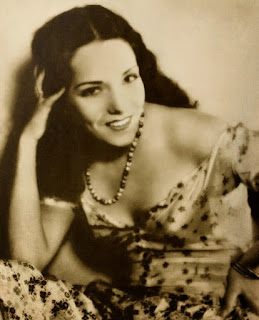 According to the 1959 book Hollywood Babylon her death was a nightmare. The sleeping pills she took did not mix well with her spicy final meal and she became violently ill. She went into the bathroom to throw up, slipped on the floor, and ended up drowning in the toilet. Unfortunately the story in the book is a complete lie. The truth is that Lupe died in her bed after taking the pills. She was found by her secretary. Mrs. Kinder, wearing blue silk pajamas with her head lying on a silk pillow. Mrs. Kinder said she thought Lupe was asleep and didn't realize she was dead until she tried to wake her. The death certificate lists her cause of death as ingestion of Seconal, not drowning. A police officer who was on the scene confirmed that she was found in bed and there was no evidence that she threw up. More than four thousand fans attended her funeral at Forest Lawn in Los Angeles. She was buried at the Panteon Civil de Dolores in Mexico City. 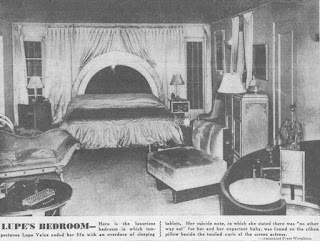 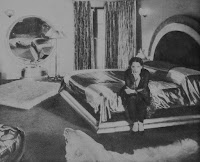 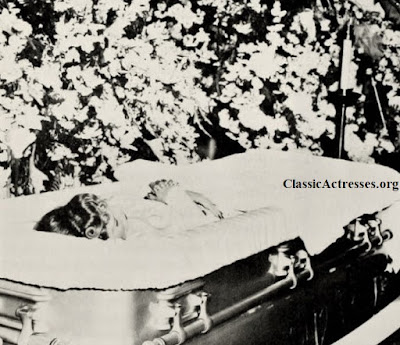 A photo of Lupe dead in her coffin