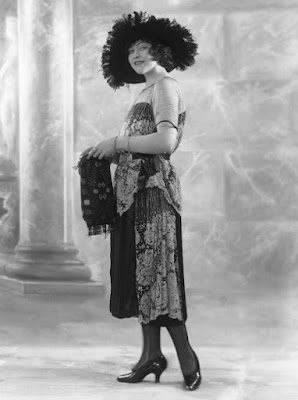 She was born Margaret O’Neil on June 16, 1894 (some sources say 1898) in County Kerry, Ireland. Soon after her family moved to Buffalo, New York. Tragically both of her parents died when she was a child. Peggy was educated at a convent in Niagara Falls and started acting in local stage productions. In 1913 she made her film debut in the drama The Penalty Of Crime. The following year she had the starring role in the play "Peg O' My Heart". It was a huge hit and her performance got rave reviews. Peggy appeared in several hit Broadway shows including The Flame and Tumble. She went to England in 1920 to star in the musical "Paddy The Next Best Thing". The show ran for 850 performances. She became such a popular star that a song "Peggy O'Neil" was written about her. While working in London someone sent her a box of poisoned chocolates. Peggy became very sick after eating them and her dog died. The police suspected it was a spurned lover but no one was ever arrested. 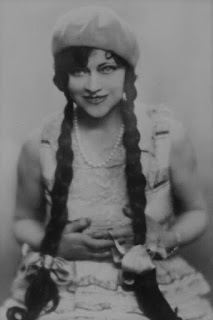 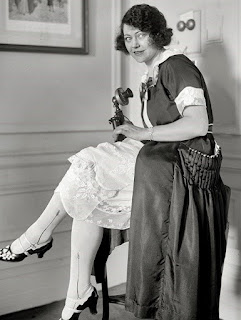 In 1924 Peggy was briefly engaged to an English sculptor. She moved to Hollywood and signed a movie contract with Jack White's Mermaid comedies. Peggy co-starred with Lige Conley in the films Air Pockets and Wedding Showers (she was billed as Peg O'Neil). Unfortunately her movie career stalled and in 1927 she returned to the stage to appear in The Ziegfeld Follies. On September 30, 1928 she became the first person to be interviewed on television. After making some bad investments Peggy had to file for bankruptcy in 1935. She moved back to England but she was unable to find work as an actress. In 1942 she made headlines when she was arrested for stealing biscuits from a London shop. During World War 2 she spent time entertaining the troops. As she grew older Peggy suffered from debilitating arthritis and had to use a wheelchair. She died on January 7, 1960 at the age of sixty five. 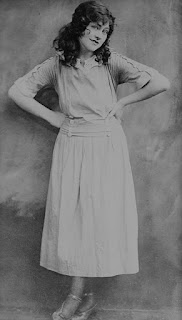 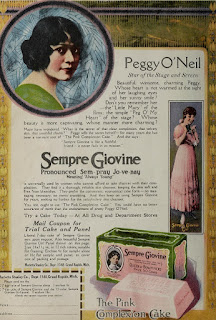 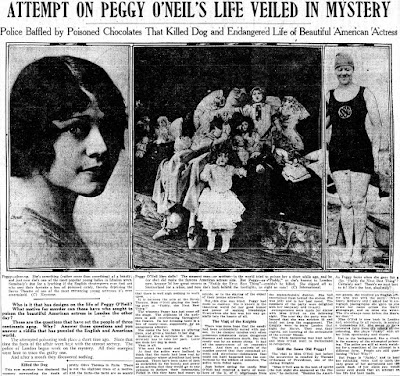