Janet Gaynor & The Original A Star Is Born 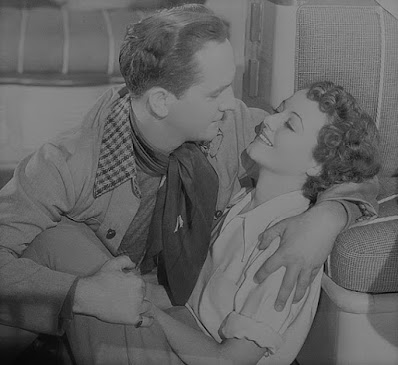 Janet Gaynor and Fredric March in A Star Is Born

In 1937 Janet Gaynor starred in the hit romantic drama A Star Is Born. The thirty year old actress was already one of Hollywood's most successful film stars but she was about to leave her career behind. Janet was born Laura Augusta Gainor on October 6, 1906, in Philadelphia, Pennsylvania. Her parents divorced when she was seven and her mother remarried. The family lived in Chicago before moving to California. After high school she enrolled in secretarial school and worked in a shoe store. She decided to try acting and began working as an extra in 1924. Her first major role was in the 1926 drama The Johnstown Flood. She was offered a five year contract at Fox and was chosen to be a Wampas baby star. Janet and Charles Farrell became a popular screen team and costarred in twelve films together including Sunny Side Up and High Society Blues. 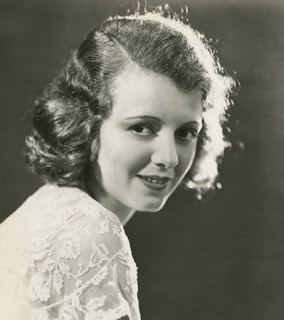 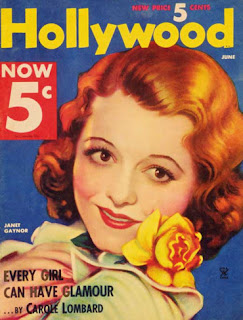 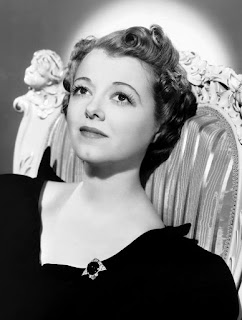 Janet in A Star Is Born
The petite actress was usually cast as wholesome and likeable characters. In 1929 she won the very first Academy Award for Best Actress for her cumulative work in Seventh Heaven, Sunrise, and Street Angel. She married Jesse Peck, an attorney, on September 11, 1929 but they divorced a few years later. Janet was also bi-sexual and had romantic relationships with women. By 1934 she was the top female box-office star in the country and was earning $3,000 a week. She was nicknamed "The World's Sweetheart". Then in the Fall of 1936 she was cast as Vicky Lester, an aspiring actress who falls in love with an alcoholic actor, in A Star Is Born. The movie was produced by David O'Selznick and directed by William A. Wellman. It had a budget of over one million dollars. This was the only Technicolor film Janet ever appeared in. Fredric March played Norman Maine, her tragic love interest. 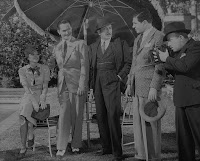 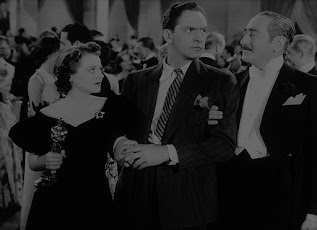 Janet, Adolphe Menjou, and Fredric March in A Star Is Born 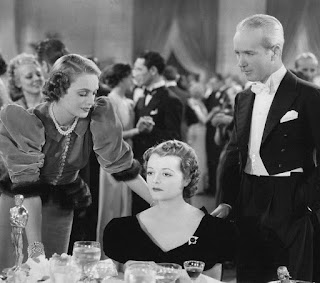 A scene with Janet and Elizabeth Jenns

It's been rumored that the relationship between Vicky and Norman was loosely based on Barbara Stanwyck and Frank Fay's unhappy marriage.  Another inspiration for the character of Norman Maine was John Bowers, who committed suicide after marrying Marguerite De La Motte. The cast includes Adolphe Menjou, May Robson, Andy Devine, and Elizabeth Jenns. Helene Chadwick and Carole Landis appeared in the film as an uncredited extras. A Star Is Born was an enormous hit when it was released on April 20, 1937. The movie got rave reviews and was nominated for seven Academy Awards. Janet was nominated again for Best Actress but she lost to Luise Rainer. Although A Star Is Born was the biggest hit of her career she decided to retire from acting just a year after it's release. In 1939 she married gay fashion designer Gilbert Adrian. The couple had a son named Robin and moved to Brazil. 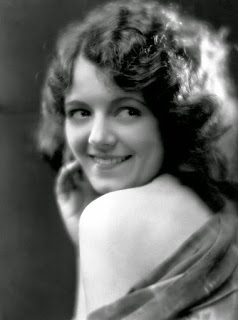 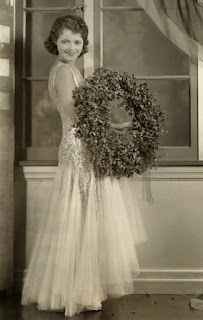 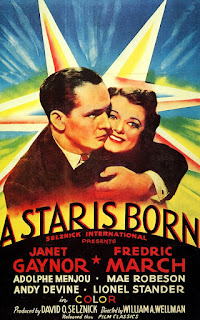 She spent a lot of time traveling and started a second career as an artist. Her paintings were exhibited in galleries all over the country. During the 1950s she began a romance with actress Mary Martin that lasted for decades. She acted occasionally but never resumed her career full-time. Sadly in 1959 Adrian died from a stroke. A few years later she married producer Paul Gregory.  In 1982 she was seriously injured in a car accident. She never fully recovered and died on September 14, 1984 from pneumonia. Janet was cremated and her ashes were buried at Hollywood Forever Cemetery in Hollywood, California. Today A Star Is Born is considered one of the greatest classic films. It is such a timeless Hollywood story that it's been remade three times - in 1954 with Judy Garland, in 1976 with Barbra Streisand, and in 2018 with Lady Gaga. 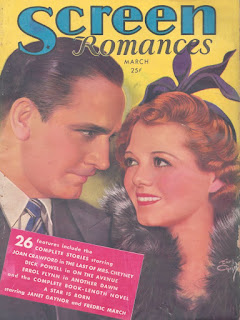 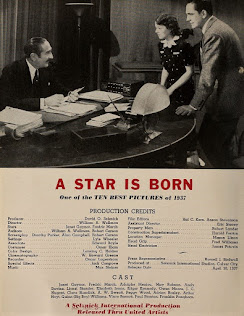 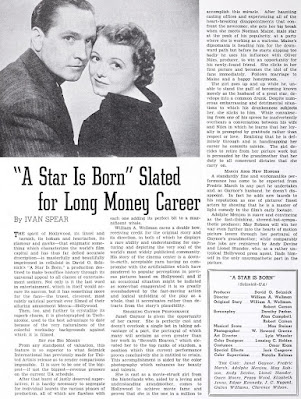