May Robson ~ The Grand Old Lady 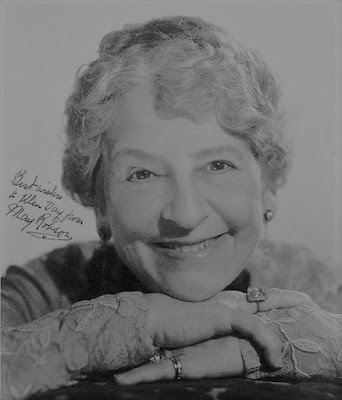 May Robson was a stage star who became a popular character actress in her seventies.

She born Mary Jeanette Robison on April 19, 1858 in New South Wales, Australia. Her father died when she was a child. After her mother remarried they moved to London, England. When she was seventeen May eloped with Charles Leveson Gore. Their first child, Edward, was born in 1876. The following year the family moved to Ft. Worth, Texas and worked on a cattle ranch. May would have two more children but sadly they both died when they were toddlers from scarlet fever. When life in Texas became too rough they moved to New York City. She designed greeting cards and taught painting to support her family. Tragically her husband Charles died in 1883. That same year she began acting in the theater. She quickly became a successful comedian and starred in many hit shows. Her closest friend was actress Marie Dressler. May married Dr. Augustus Homer Brown, a police surgeon, in 1889. She started her own theater company in 1911 and co-wrote the play A Night Out. When A Night Out was made into a film in 1916 she got the leading role. She was widowed for a second time when her husband passed away in 1920. Then she began a romance with actress Lillian Harmer who became her secretary. 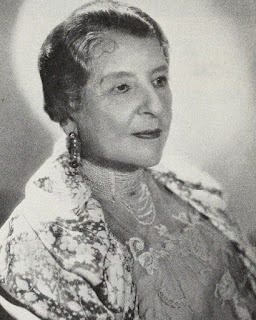 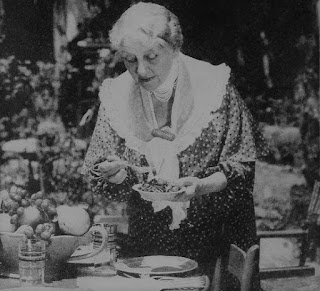 May continued to act in the theater where she was now known as "The Grand Old Lady of the American Stage". In 1927 she decided to move to Hollywood. Although she was in her seventies she became a popular character actress. She had supporting roles in dozens of films including Red-Headed Woman, Dinner At Eight, and Strange Interlude. May was nominated for an Academy Award in 1933 for her performance in Lady For A Day. At the time she was the oldest woman ever nominated for an Oscar. She bought a small bungalow in Hollywood that she shared with her longtime girlfriend Lillian. In 1936 she signed a lucrative contract with MGM. She played Janet's Gaynor's grandmother in A Star Is Born and had the leading role in the 1940 comedy Granny Get Your Gun. She once said "I want to keep working right up until the final curtain. I've got to work - I can't be happy unless I'm working,"  On October 20, 1942 May died at the age of eighty-four from a combination of ailments including neuritis. She was buried with her second husband in Flushing Cemetery in New York. 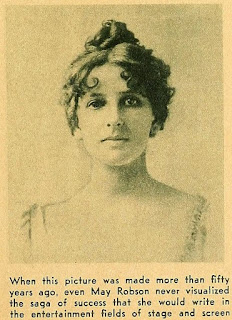 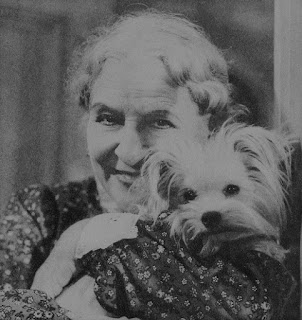