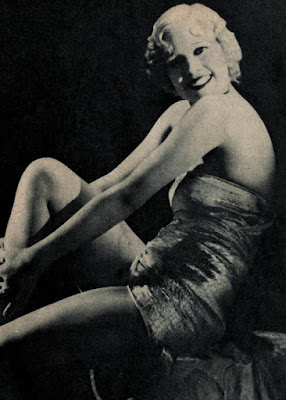 Lorena Carr was a beautiful starlet known for her shapely body.

She was born Lauremma Clark on September 20, 1911 in Ann Arbour, Michigan. Her family moved to Missoula, Montana where her father, Fay Goodcell Clark, was a professor at the State University. Lorena attended Missoula high school and took dancing lessons at Bishop's School of Dancing. After her parents divorced she moved to Los Angeles with her mother and brother. Lorena graduated from Fairfax high and started working as a film extra. She appeared in several of the Mike and Ike comedy shorts billed as Lorima Clark. The teenage starlet married film director Robert Farfan on May 25, 1929. Tragedy struck a few months later when her fifteen year old brother, Fay Clark, committed suicide. Lorena had bits parts in Paramount On Parade, Dancing Lady, and The Wild Party with Clara Bow. She was voted "the most beautiful and shapely blonde" on the Paramount lot. 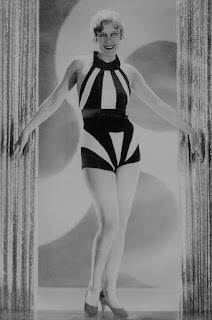 In an interview she said "I am perfectly contented. I make a good living, much better than I would have done at an average job." Lorena's marriage to Robert ended in March of 1931. She had the union annulled because she was under age when they got married. Although she appeared in more than a dozen films she never had any major roles. She starred on stage in George White's Scandals in 1934. The following year she appeared in the Hal Roach short Slightly Static. Soon after she retired from acting. She moved to New York City where she opened a whole sale dress selling business. Eventually she returned to California and married Simm S. Rose. Then she started a new career as a dietary instructor. Sadly Lorena died on August 26, 1964 at the age of fifty-two. She was buried at Hollywood Forever Cemetery in Los Angeles, California. 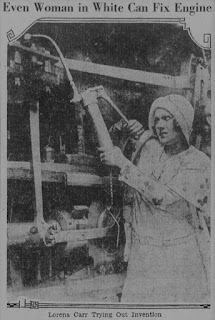 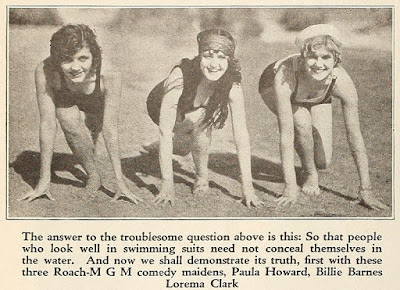