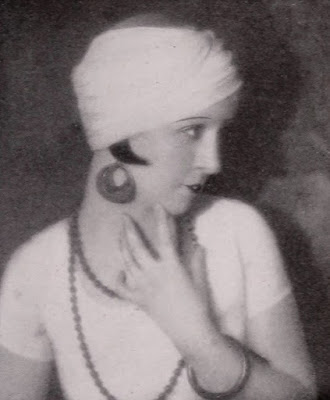 Leonora Summers was a silent film starlet who worked for Mack Sennett.

She was born Lillian Hill on December 12, 1897 in Brooklyn, New York. Leonora attended P.S. 76 and Newton High School where she became the first girl to win a prize for carpentry. She appeared in several plays including Very Good Eddie and The Gingham Girl. On September 14, 1920 she married entertainer Jack L. Hanley. The couple spent the next several years performing together in vaudeville. They moved to Los Angeles in the summer of 1925 to pursue movie careers. She made her film debut in the silent drama Ben-Hur and was offered a contract at Mack Sennett studios. 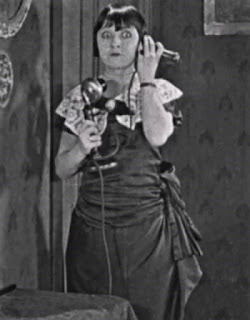 Leonora had supporting roles in the comedies Hoboken To Hollywood and Flirty Four-Flushers (she was credited as Lenore Summers). She divorced her husband Jack in 1926. In court she accused him of multiple infidelities. After making only four films she left the Sennett studio and quit making movies. She was involved in a minor car accident on Sunset Boulevard in May of 1931. Leonora married boxer Mushy Callahan in 1934 and became a housewife. They had son named Michael and lived in Woodland Hills, California. Leonora passed away on June 29, 1976 at the age of seventy-eight. She was buried at Holy Cross cemetery in Los Angeles, California. 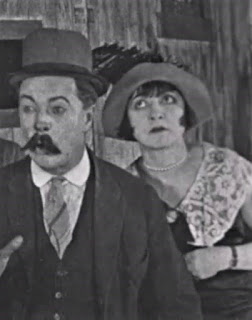 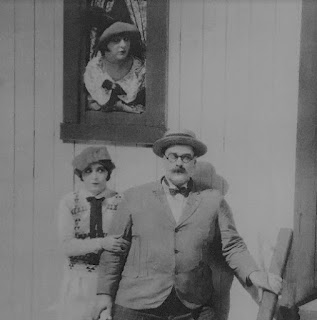 Leonora in Hoboken To Hollywood 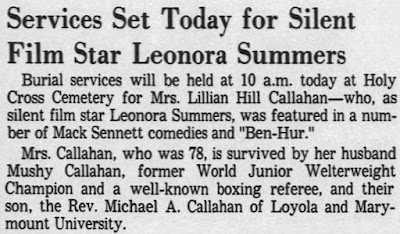