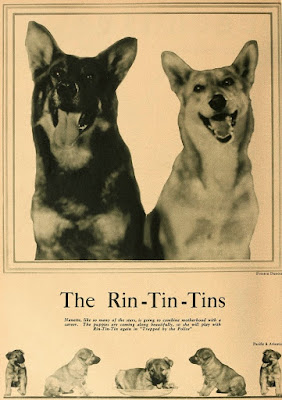 Rin-Tin-Tin, Nanette, and their puppies

During the 1920s Rin-Tin-Tin, a German Shepard, was one of Hollywood's most bankable stars. His longtime companion was a female German Shepard named Nanette. Rin-Tin-Tin was born in France in 1918. He and and his sister Nanette were rescued by Lee Duncan. After Nanette died in 1919 Lee was given another German Shepard he also called Nanette. He brought the two dogs to Los Angeles and started entering them in agility competitions. In 1922 Rin-Tin-Tin made his film debut in The Man From Hell's River. Nanette costarred with Rin-Tin-Tin in many films including Trapped By The Police, Life's Little Troubles, and Hero Of The Big Snows. 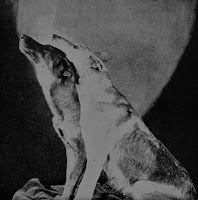 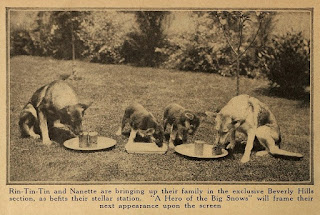 They became a popular onscreen duo and together they earned over $200,00 a year. Off screen Rin-Tin-Tin and Nanette were inseparable. The couple lived with Lee in a mansion on Club View Drive in Beverly Hills. They were the proud parents of forty-eight puppies! Greta Garbo and Jean Harlow were each given one of the dogs. Sadly Rin-Tin-Tin passed away in August of 1932 at the age of fourteen. Nanette continued to live with Lee and retired from acting. Several of Rin-Tin-Tin and Nanette's offspring carried on their legacy by becoming successful canine actors. 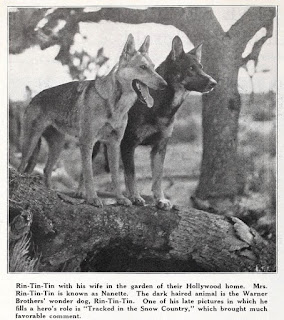 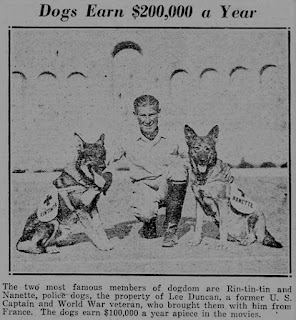