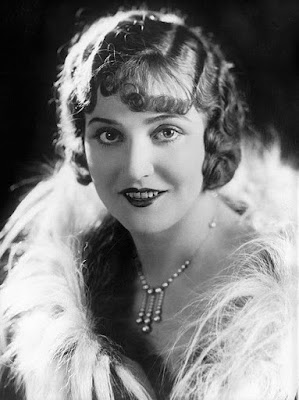 She was born Agnes Eyre Henkel on April 4, 1892 (some sources say 1898) in Carbondale, Illinois. Her parents divorced when she was a child and her mother remarried. The family moved to Chicago where Agnes started working as a bookkeeper. In 1914 she was hired to be an extra at Essaney studios. She moved to New York City in 1916 and made several movies at Vitgraph studios. Actress Alice Joyce personally chose Agnes to play her sister in the 1917 film Richard The Brazen. She married Frank P. Schuker, an Army Captain, but they separated soon after. Her big break came in 1920 when producer Jesse Lasky cast her in the drama Held By The Enemy. Lasky got her a contract at Paramount and the two began began a passionate affair. The only problem was that he was married and refused to leave his wife. Agnes costarred with Rudolph Valentino in the 1921 romantic drama The Sheik. The movie was a huge hit and made her a star. She had leading roles in and Forbidden Fruit and The Ten Commandments. Agnes ended her relationship with Jesse Lasky and married S. Manuel Reachi, a wealthy Mexican attorney, in 1924. The couple had a daughter named Maria. 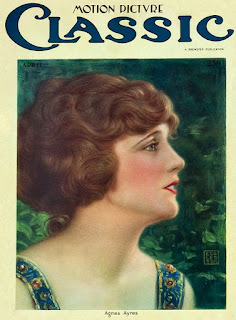 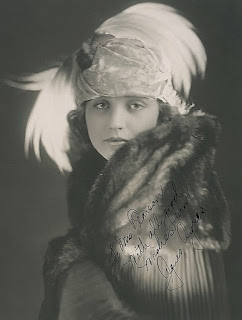 After her contract with Paramount ended she signed a three picture deal with Producers Distributing Corporation. When they decided not to make the third film she sued them for $93,000. The studio claimed that Agnes had gained weight which was a violation of her contract. The lawsuit was eventually settled out of court. She was reunited with Rudolph Valentino for the 1926 sequel Son Of The Sheik. Agnes was devastated when Valentino died shortly before the film was released. She filed for divorce from her husband in 1927. In court she claimed he was physically abusive and had deserted her. Unfortunately she lost her entire fortune in the 1929 Wall Street crash. She spent several years working in vaudeville and opened a real estate business in Hollywood. In 1937 she had bit parts in the films Midnight Taxi and Maids Of Salem. She suffered a nervous breakdown in October of 1938 and entered a sanitarium. While she was recovering she gave up custody of her daughter. Tragically on December 25, 1940 she died from a cerebral hemorrhage. Agnes was only forty-eight years old. She was cremated and buried at Hollywood Forever cemetery in Los Angeles, California. 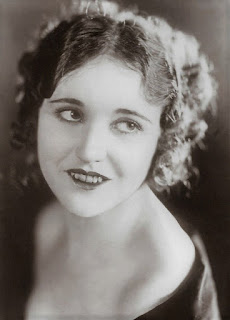 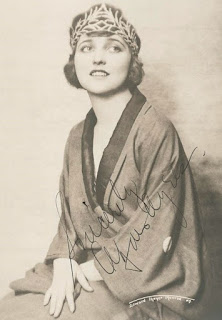 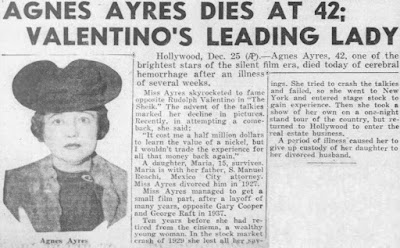