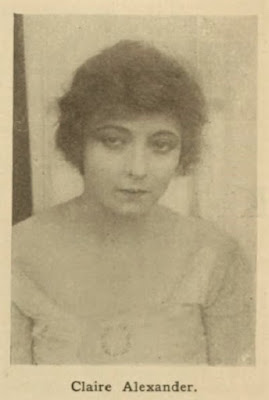 She born Clara Cecilia Alexander on January 6, 1897 in New York City. Claire was the oldest of five children. The family moved to California when she was a teenager. Her father, Thomas Alexander, became a Technical director at MGM studios. In 1915 Claire won Hollywood's first bathing beauty contest and made her film debut in A Girl Of Yesterday with Mary Pickford. She was offered a contract at the David Horsley studios and became George Ovey's leading lady in the "Cub Comedies". The petite actress was just four feet, ten inches tall and wore children's sized shoes. She was always cast as an ingenue. Between 1916 and 1917 she appeared in more than fifty movies including The Ransom, Beach Nurse, and Jerry's Picnic. She was so overworked that she had to be hospitalized for exhaustion. 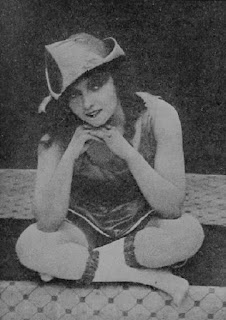 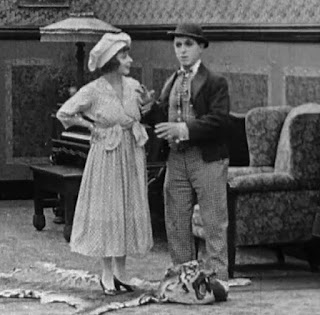 Claire married George "Duke" Zalibra, a cameraman, on December 12, 1917. After leaving Horsley studios she only made a few more films. Her final role was in the 1919 short Charlie The Hero. She and Duke moved to Pittsburgh, Pennsylvania. In May of 1921 her father told a newspaper that Claire and her husband were missing. They were found in Hutchinson, Kansas where Duke had been arrested for forgery. Soon after she suffered a miscarriage. Claire divorced Duke and returned to Los Angeles. She married a mining engineer named Richard Collins in 1924. Tragically on November 17, 1927 she died from double pneumonia. She was only thirty years old. Claire is buried at Calvary cemetery in Los Angeles, California. 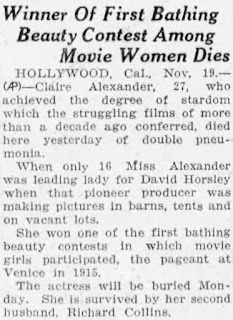 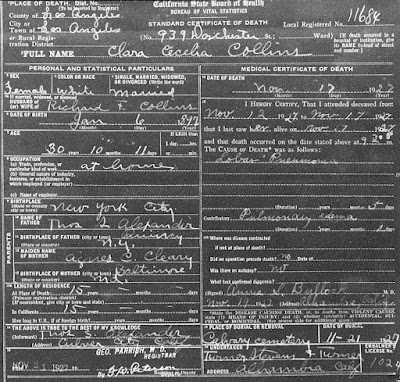