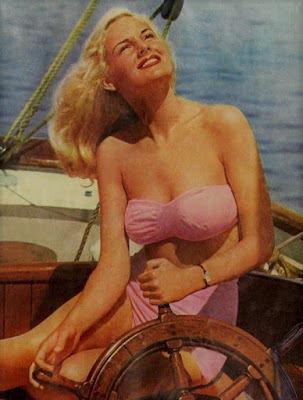 Roxanne Rosedale was an actress and model who appeared on the game show Beat The Clock.

She was born Delores Evelyn Rosedale on March 20, 1928 in Minneapolis, Minnesota. Roxanne studied fashion design and worked as a a dental assistant. She came in second in the 1949 Miss Minneapolis beauty pageant. Then she moved to New York City and became a Conover model. She made her television debut in 1948 on the game show Winner Take All. It was canceled after two seasons. In 1950 she was offered a job as the assistant on the game show Beat The Clock. Roxanne introduced the contestants and took pictures with her trademark Sylvania camera. The show was a huge success and she became a popular television star. She was named "The Most Glamorous Girl On TV" in 1952. The shapely blonde was featured on dozens of magazine covers including People Today, Life, and TV Guide. Roxanne was five foot, eight inches tall with measurements of 36-23-34. At the height of her career she earned more than $1000 a week and even had her own doll. There are rumors that Beat The Clock host Bud Collyer was jealous of her popularity. 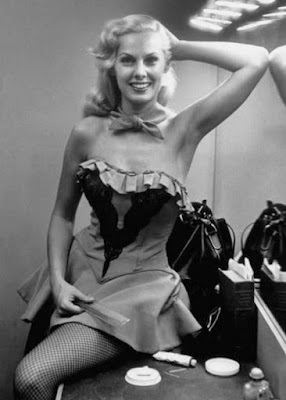 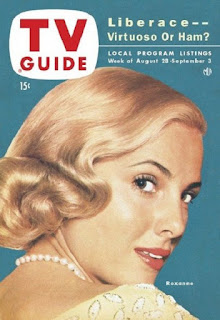 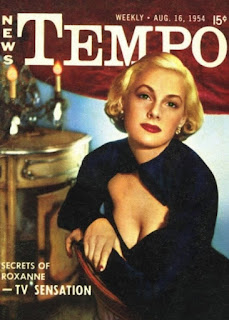 She wanted to become a serious actress so she began taking acting lessons. Roxanne appeared on the TV series Crime Photographer and in the film The Seven Year Itch (she was billed as Dolores Rosedale). On March 13, 1954 she married Minneapolis businessman Tom Roddy. When she became pregnant in 1955 she decided to leave Beat The Clock. Her daughter, Anne, was born in late 1955. Roxanne had a small part in the 1957 crime drama The Young Don't Cry. After retiring from show business she and her family moved back to Minnesota. She and Tom had four more children - Thomas, Benjamin, Michael, and Elizabeth. In an interview she said "When I married and started the family I made the choice I wanted to make. I had lots of successful years in show business but I didn't want to make a life of it." During the 1970s she worked at Schlampp's & Sons Furriers. She divorced her husband Tom in 1979. Today Roxanne continues to live in Minneapolis where she is a grandmother. 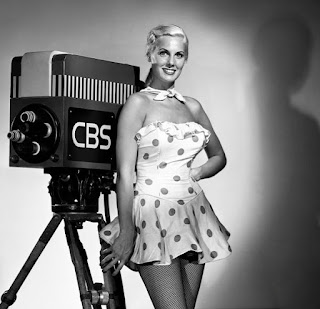 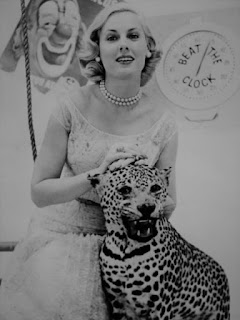 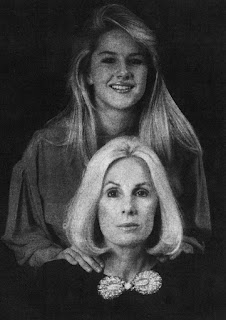 Roxanne in 1985 with her daughter Elizabeth
Dolores Rosedale Roxanne Rosedale