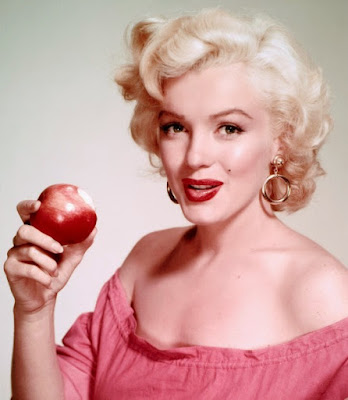 Marilyn Monroe was Hollywood's most popular sex symbol and she may have secretly gotten
pregnant by President Kennedy.

During the Summer of 1962 thirty-six year old Marilyn  underwent an abortion. At the time she was involved in sexual romances with President John F. Kennedy and his bother Bobby Kennedy so either men could have gotten her pregnant. The abortion sent the blonde superstar into a deep depression that led to her tragic death that August. She was born Norma Jeane Mortenson on June 1, 1926, in Los Angeles, California. Marilyn never knew her father and her mentally ill mother Gladys was institutionalized when she was a baby. She would spend her childhood in a series of foster homes and lived in an orphanage for a year. There were times when she was physically and sexually abused. At age sixteen she married her neighbor, James Dougherty. In 1944 she was discovered by a photographer while working in a factory. She began modeling and would appear on dozens of magazine covers. Marilyn often posed nude to earn extra money. She divorced her husband in 1946 and signed her first film contract with 20th Century Fox. The young starlet decided to straighten her curly hair and dye it blonde. After bits parts in Scudda Hoo Scudda Hey and Dangerous Years her contract was dropped. She hired acting coach Natasha Lytess and the women became lovers. 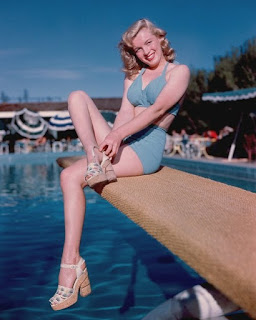 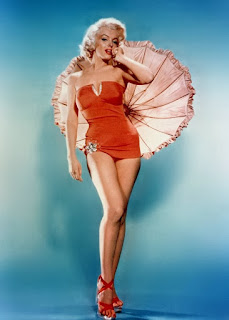 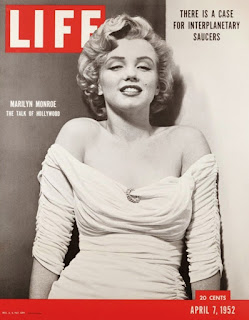 Then she started dating Hollywood agent Johnny Hyde who helped her get small roles in The Asphalt Jungle and All About Eve. He also convinced her to have cosmetic surgery on her nose and chin. When Johnny died in 1950 she was so distraught she attempted suicide. Marilyn often used the casting couch to get parts and had sexual relationships with executives Joseph F. Schenck and Darryl Zanuck. She was offered another contract with 20th Century Fox December of 1950. The voluptuous beauty was given supporting roles in a series of films including As Young As You Feel and Monkey Business. Then in 1953 Marilyn starred in the three hits - Niagara, Gentlemen Prefer Blondes, and How To Marry A Millionaire. Critics dismissed her as a dumb blonde but audiences made her the most popular actress in Hollywood. She made headlines when she married baseball legend Joe DiMaggio in January of 1954. The marriage lasted just nine months because he hated her sexy image and wanted her to be a housewife. She also enjoyed brief romances with Frank Sinatra and Marlon Brando. Marilyn wanted to become a serious actress so she moved to New York City and began studying with Lee Strasberg. Then she formed her own production company and worked with Laurence Olivier in The Prince And The Showgirl. She married playwright Arthur Miller in June of 1956. Marilyn desperately wanted to be a mother but suffered several miscarriages. 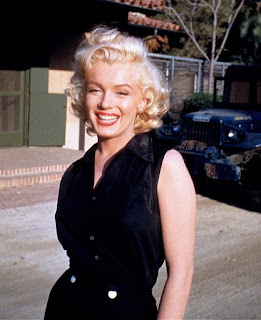 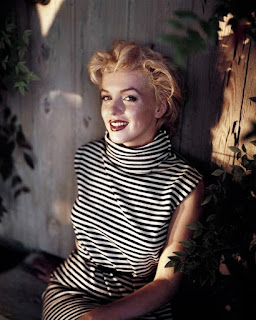 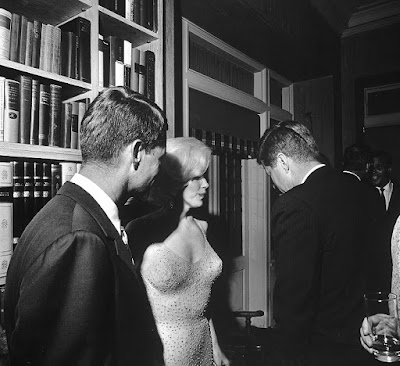 When she was young she had numerous abortions which may have left her infertile. In 1959 she starred in the comedy Some Like It Hot which became the biggest hit of her career. She also won a Golden Globe for her performance. While making Let's Make Love in 1960 she had an affair with her costar Yves Montand. Marilyn divorced Arthur in 1961 and was hospitalized after suffering nervous breakdown. By this time she had a serious drinking problem and she was addicted to prescription drugs. She began filming the comedy Something's Got To Give in the Spring of 1962. After missing numerous days of work she was fired. To make matter worse she was having affairs with both President John Kennedy and his brother Bobby Kennedy, the Attorney General. She had fallen madly in love with Bobby and was devastated when he told her there was no future for them. On July 20, 1962 she underwent an abortion at Cedars of Lebanon hospital. She qucikly plunged into a deep depression and was seeing her psychiatrist daily. Tragically on August 5 Marilyn died from an overdose of prescription drugs. She was just thirty-six years old. Her death was ruled a suicide but many believe it was either an accident or murder. There are rumors that the Kennedy family had her murdered to keep her quiet about the affairs. Marilyn is buried at Westwood Memorial Park in Los Angeles, California. 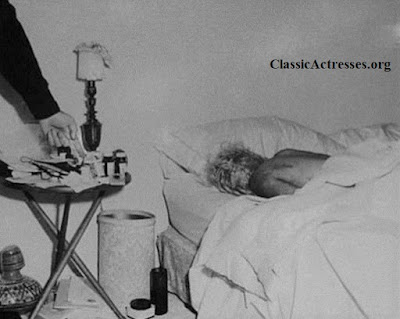 Marilyn dead in her bed 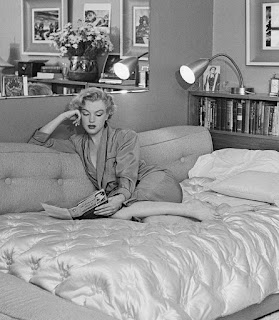 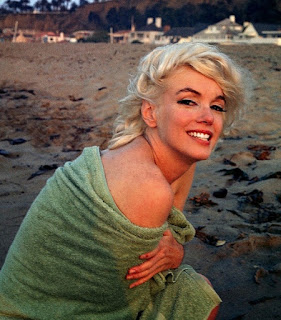