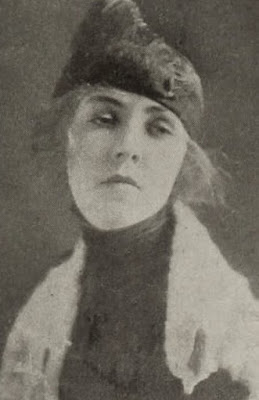 Katherine Lewis was a silent screen starlet who left Hollywood behind.

She was born on November 6, 1899 in Newark, New Jersey. Katherine was signed by Vitagraph at the age of thirteen and made her film debut in the 1913 comedy His Second Wife. After a few small roles she was chosen to costar with Earle Williams in the 1917 drama The Soul Master. She started working for producer Al Cristie in 1919. Katherine appeared in numerous comedies including Mary Moves In, Rowdy Ann, and Chop Suey. The pretty blue-eyed actress was usually cast as an ingenue. Her mother, Jane Lewis, opened a store in Hollywood where she rented costumes to actresses. 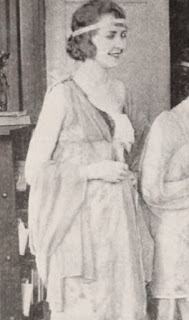 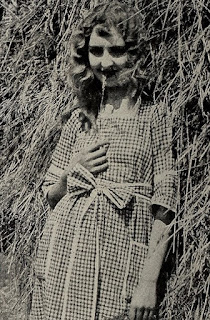 She was supposed to star in the 1923 drama Masters Of Men but she was replaced before filming began. By 1927 her career had stalled and she decided to quit acting. Her final film was Your Wife Or Mine with Phyllis Haver. Katherine married Broadway actor David Newell in 1935 and became a housewife. The couple had two daughters - Cynthia Ann and Susan Jessie. Sadly in the Spring of 1948 she entered a San Fernando sanitarium suffering from pulmonary tuberculosis. She spent sixteen moths in the sanitarium and died on August 25, 1949. Katherine was only forty-nine years old. She was buried at Valhalla cemetery in Los Angeles. 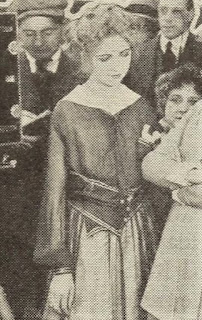 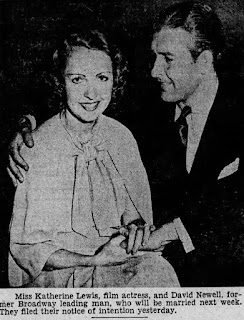 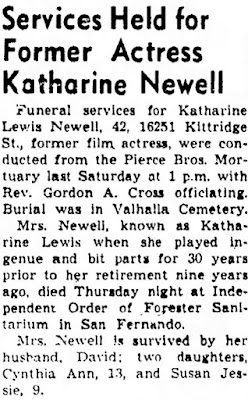