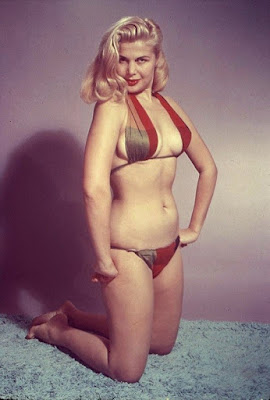 Cleo Moore was a voluptuous 1950s actress and pin-up girl who died young.


She was born Cleouna Moore on October 31, 1924 in Baron Rouge, Louisiana. After high school she took a secretarial course at Pope's Commercial College in Baton Rouge. At the age of nineteen Cleo eloped with Palmer Long, the son of Governor Huey Pierce Long. The marriage only lasts six weeks. Her family moved to California in 1946 and she worked at her father's construction business. She started entering beauty contests and was named Miss Van Nuys in 1947. Cleo made her film debut in the 1948 drama Embraceable You. She also had small roles in Dynamite Pass and Gambling House. In 1951 she got positive reviews for her performance in On Dangerous Ground directed by Nicholas Ray. Then she was signed by Columbia who hoped to turn her into the next Marilyn Monroe. With her bleached blonde hair and measurements of 36-22-36 she quickly became a popular pin-up girl. Cleo starred in the B-movies The Other Woman, Bait, and Overexposed. 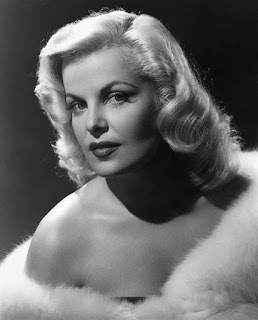 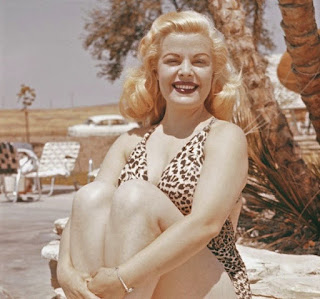 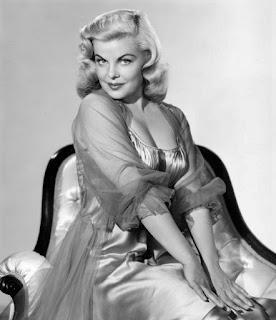 She also had a series of high profile romances with Gary Morton, Fernando Lamas and Joe DiMaggio. Cleo caused a scandal in 1954 when she kissed Jack Eigen live on TV for more than five minutes. By 1957 her career had stalled and she decided to quit acting. Her final movie was the film-noir Hit And Run. She was injured in a car accident in 1959 and spent four months recuperating. The following year she made headlines when she announced she was running for the Governor of Louisiana. On November 19, 1961 she married real estate mogul Herbert Heftler. Their daughter, Debra Lee Heftler, was born in 1963. They lived in a large Beverly Hills mansion and Cleo enjoyed her new life as a socialite. Tragically on October 25, 1973 she died from a heart attack in her sleep. She was only forty-eight years old. Cleo was buried at Inglewood Cemetery in Inglewood, California. 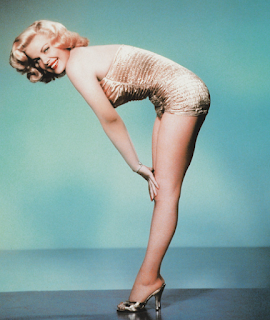 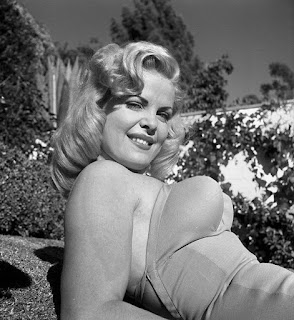